Jewish heritage in Israel was put front and center over the past three months, when, for the first time, a Best Synagogue Photo Award was given as part of the annual Wiki Loves Monuments Israel photography contest. The award was initiated and sponsored by my very own World Jewish Heritage Fund, and resulted in the submission of more than 600 newly taken pictures of some 150 synagogues across Israel that hold great importance to our collective Jewish heritage. I am so happy and proud to have had the opportunity to add this extra value to the contest.

Out of many impressive synagogue photos, one photo of the Ancient Arbel Synagogue, taken by Abraham Graicer, really stood out, and was voted the winning photo in the Synagogue category.

Hidden away near Tiberias in the Lower Galilee, the ruins of the fourth-century Ancient Arbel Synagogue lie next to a cave fortress. The mountain is mentioned by Josephus, in his Antiquities of the Jews, as a place where the last Hasmonean rebels hid. With cliffs created as a result of geological faults, and at 181 meters above sea level in a region that’s primarily below sea level, you can feast your eyes on the unmissable views of the Golan Heights and Galilee.

This year’s Wiki Loves Monuments Israel  contest, taking place for the fourth year in a row, had a total of 5,619 photos submitted, representing Israel’s (quite astonishing) unity in diversity. From urban skyscrapers to rural villages; from the evergreen northern mountains to the breathtaking simplicity of the desert; from secular to religious, and everything that’s in between… these photos created a colorful mosaic of Israel’s true face.

First place winner was a photo presenting a southern view overlooking the Old City of Acre. 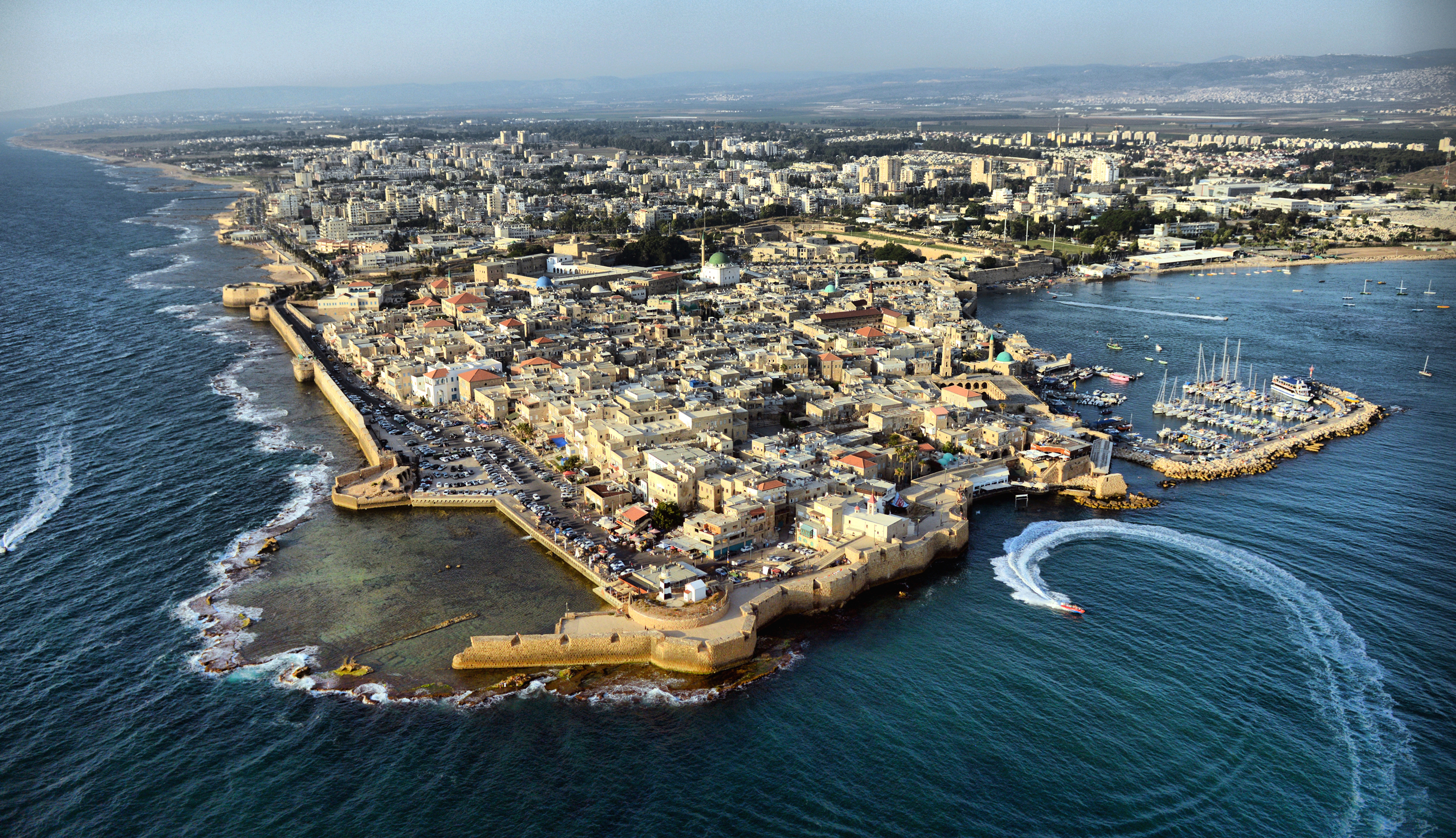 The winning entry is of one of the oldest continuously inhabited sites in the region, which underwent name changes during the Greek, Judean, and Roman periods. It was captured during the Arab, Crusader and Ottoman periods, and Acre was finally restored to its former glory only during the British mandate period…before being decimated once more by a 1929 Arab pogrom.

Coming in second, an impressive photo of a woman walking towards the Dome of the Rock. 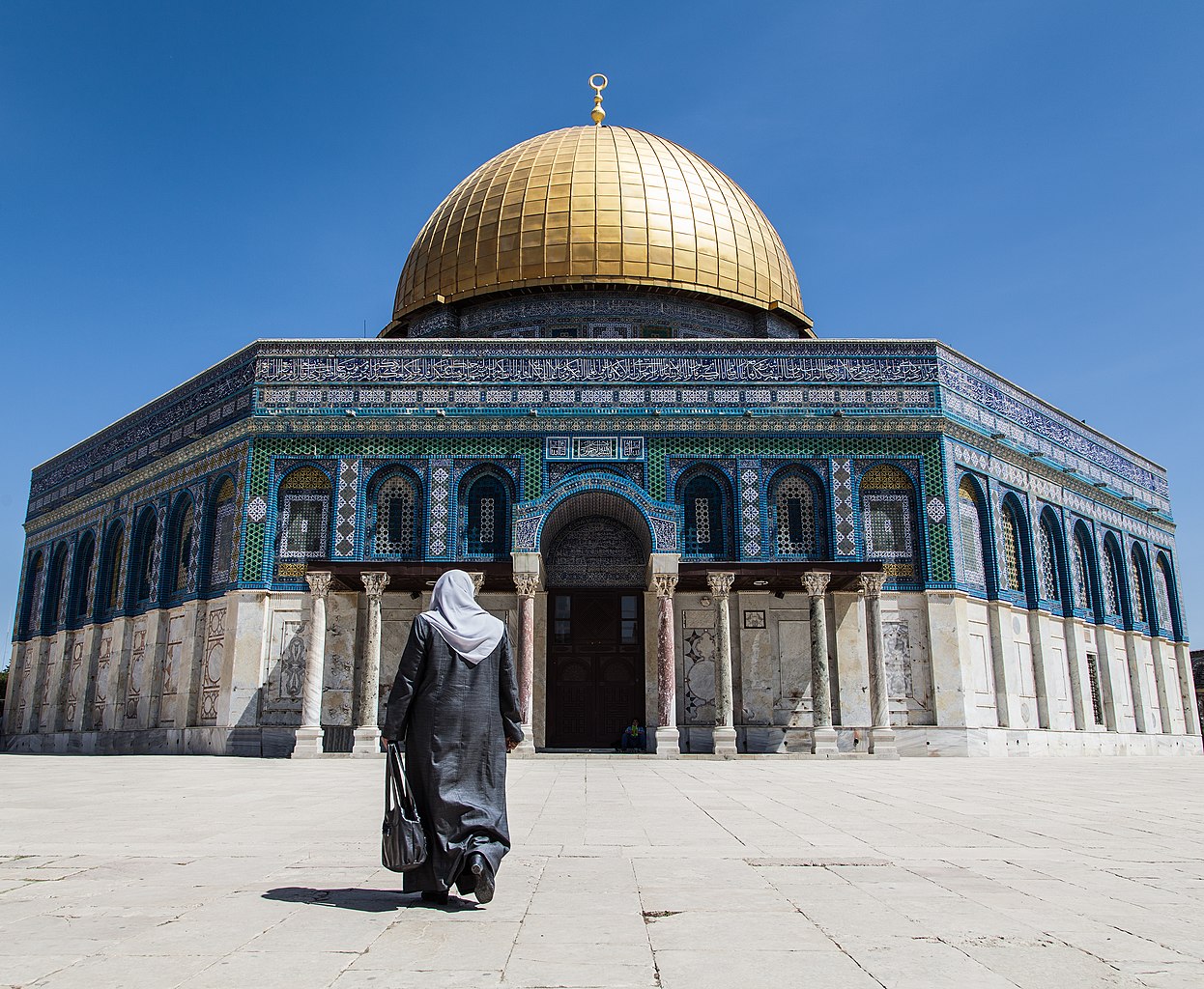 The iconic golden Dome of the Rock is set on the Temple Mount plaza (the holiest site in Judaism; third holiest in Islam). The Dome itself has survived earthquakes, wars and intifadas. In Islamic thought, it is known as the place from where Mohammad ascended to heaven.

Third place winner was a vibrant photo of a flamingo pack in front of the Atlit Fortress. 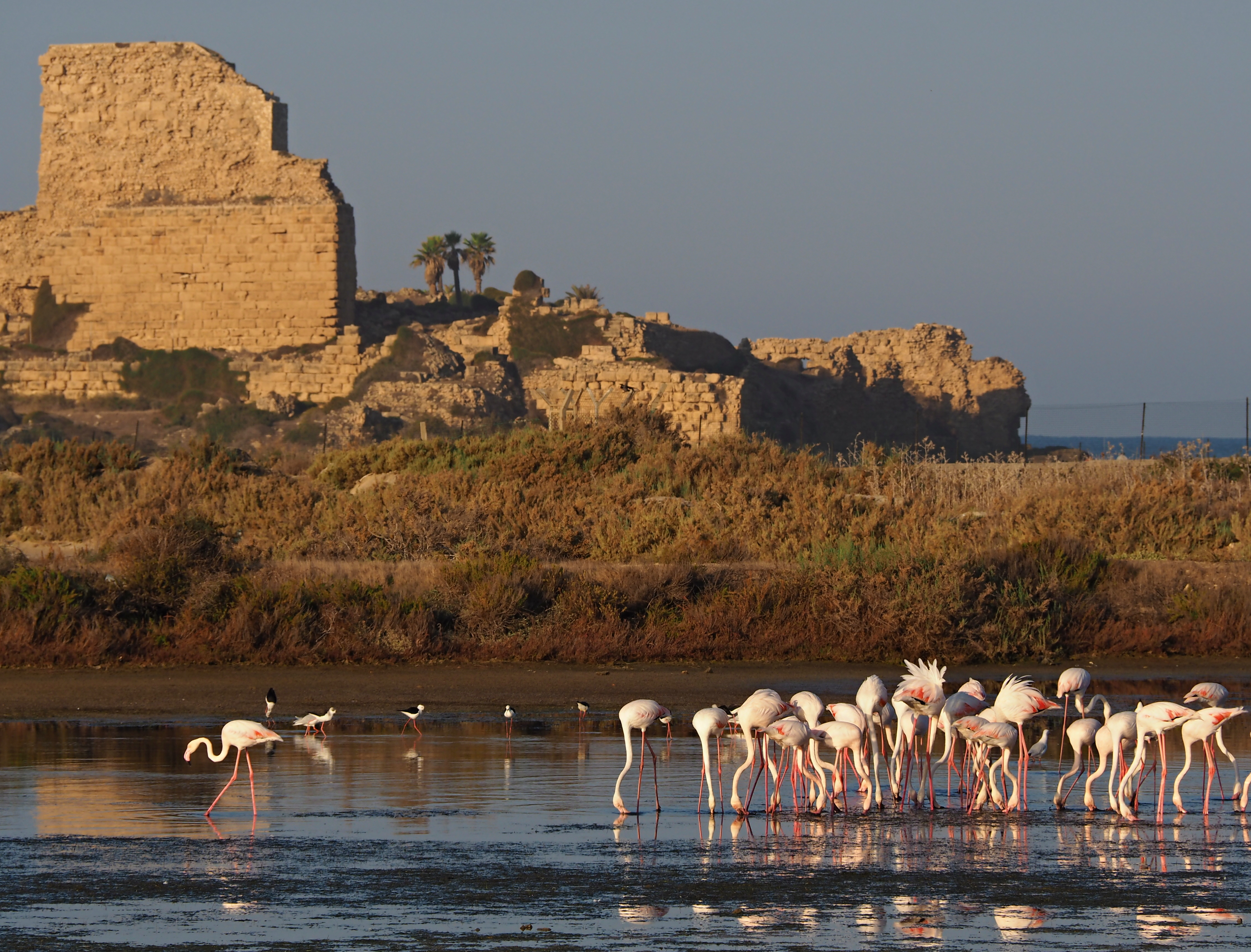 Located on the plains just before Haifa in northern Israel is the Atlit Fortress. Built in 1218 during the Fifth Crusade by the Knights Templar, it remained in excellent condition until an earthquake in 1837. It was later used during the British mandate to house illegal refugees to then-Palestine.

Winner of the Northern District award was a photo of the Nimrod Fortress.

Nimrod Fortress, a medieval Muslim castle on the slopes of Mount Hermon, overlooking the Golan Heights. It was built in 1229 to guard a major access route to Damascus against armies coming from the west. In 1517, it was conquered by Ottoman Turks, who used the fortress as a luxury prison for exiled Ottoman nobles.

The Southern District award also had its share of entries, with the winning photo of ruined Nabataean city in the Negev desert, Ein Avdat. 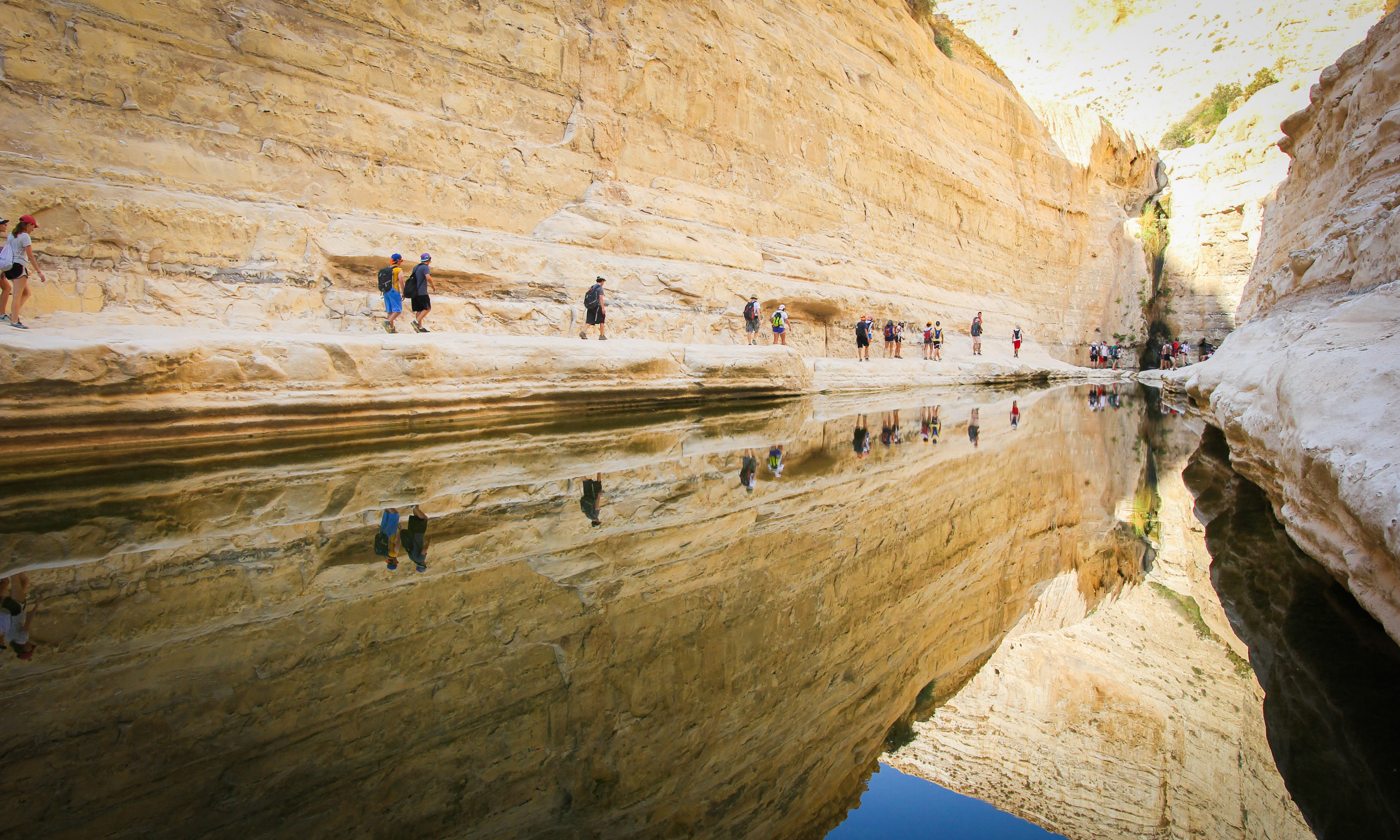 Founded in the 3rd century BCE, it was an important incense route after the Roman annexation of Nabataea. The town was totally destroyed by a 7th century earthquake and was never re-inhabited. It was also the filming location of Jesus Christ Superstar.

Other great runner up photos include: 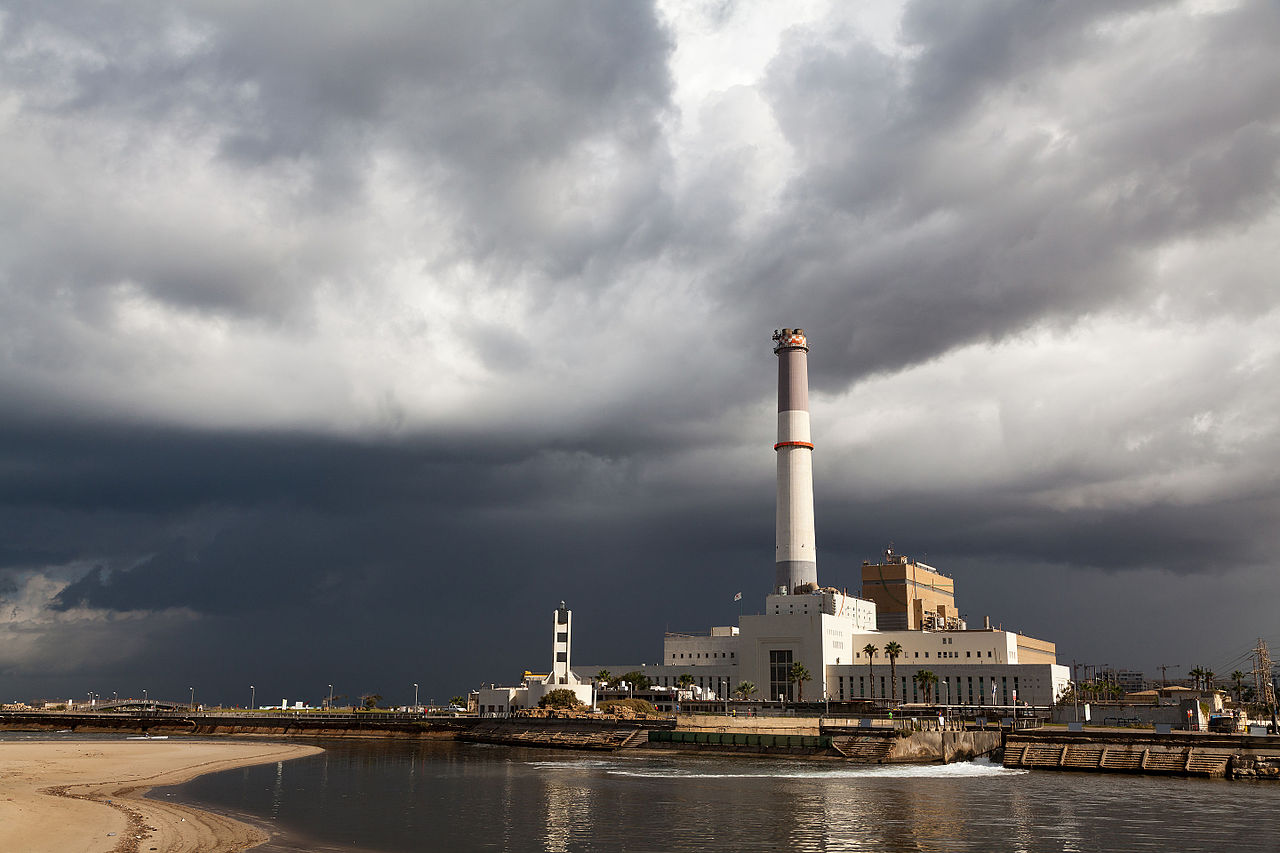 Sitting in north-western Tel Aviv at the mouth of the Yarkon River, runner up Reading Power station (named after the First Marquess of Reading) was the country’s first turbine, built in 1938. Part of the original power station is now a public exhibition area, and only one quarter of the power station is still operational, capable of producing 214 megawatts. 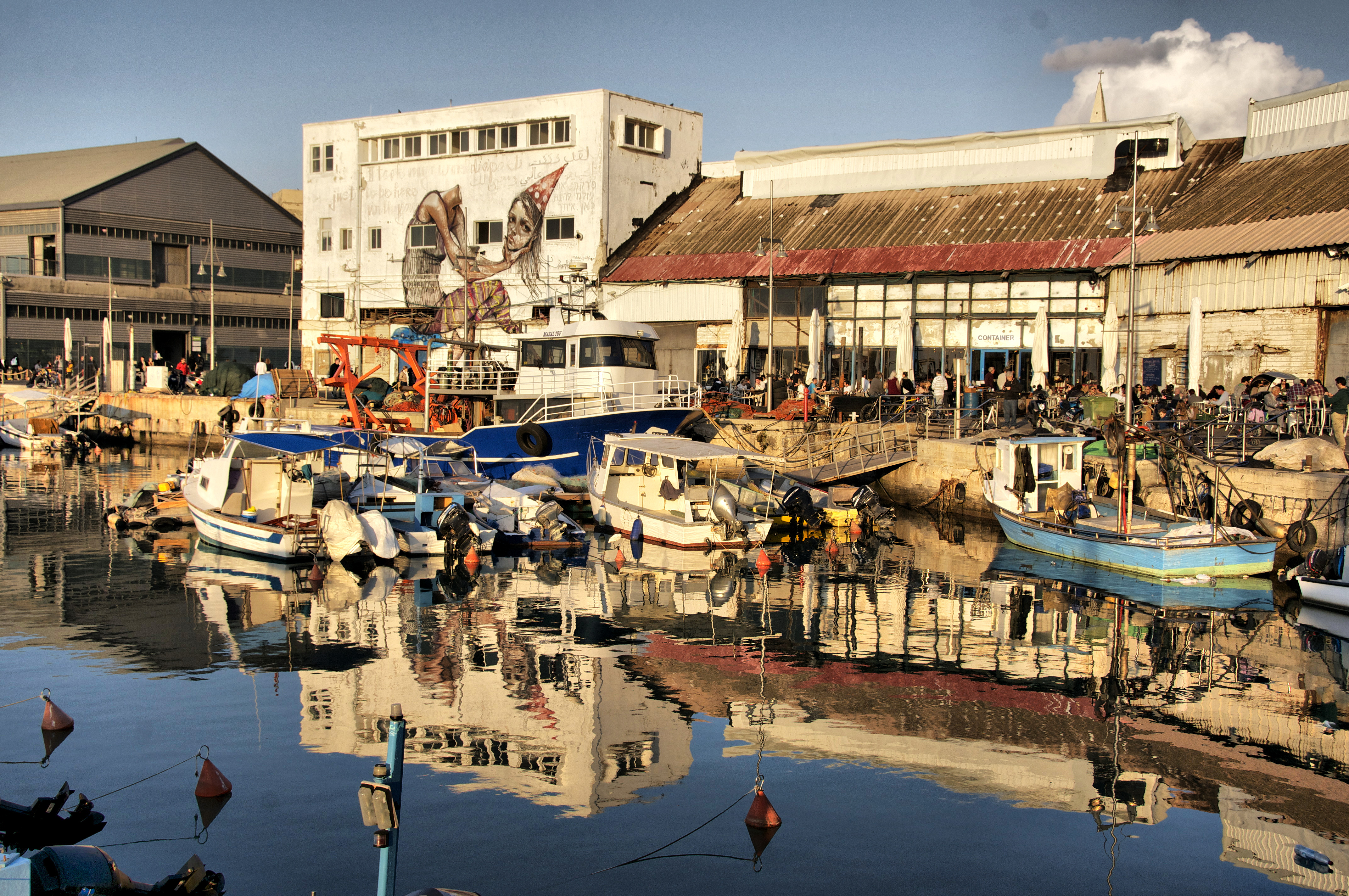 With a history spanning over three millennium, predating Muslims, Christians, Jews (and Egyptians), runner up Jaffa Port has been actively used for 7,000 years. It’s mentioned in the Bible and by Josephus. Since its unification with Tel Aviv in 1950, the port has slowly become a recreational zone, but the city remains famous for the export of Jaffa oranges.

East Jerusalem’s very own archaeological museum, The Rockefeller Museum (formerly the Palestine Archaeological Museum) houses a large collection of artefacts from excavations during the Mandate period of the 1920s and 1930s. It’s home to one of the oldest pine trees in the country, which — according to Arab legend — was the place where Ezra the Scribe sat and wrote the Torah. 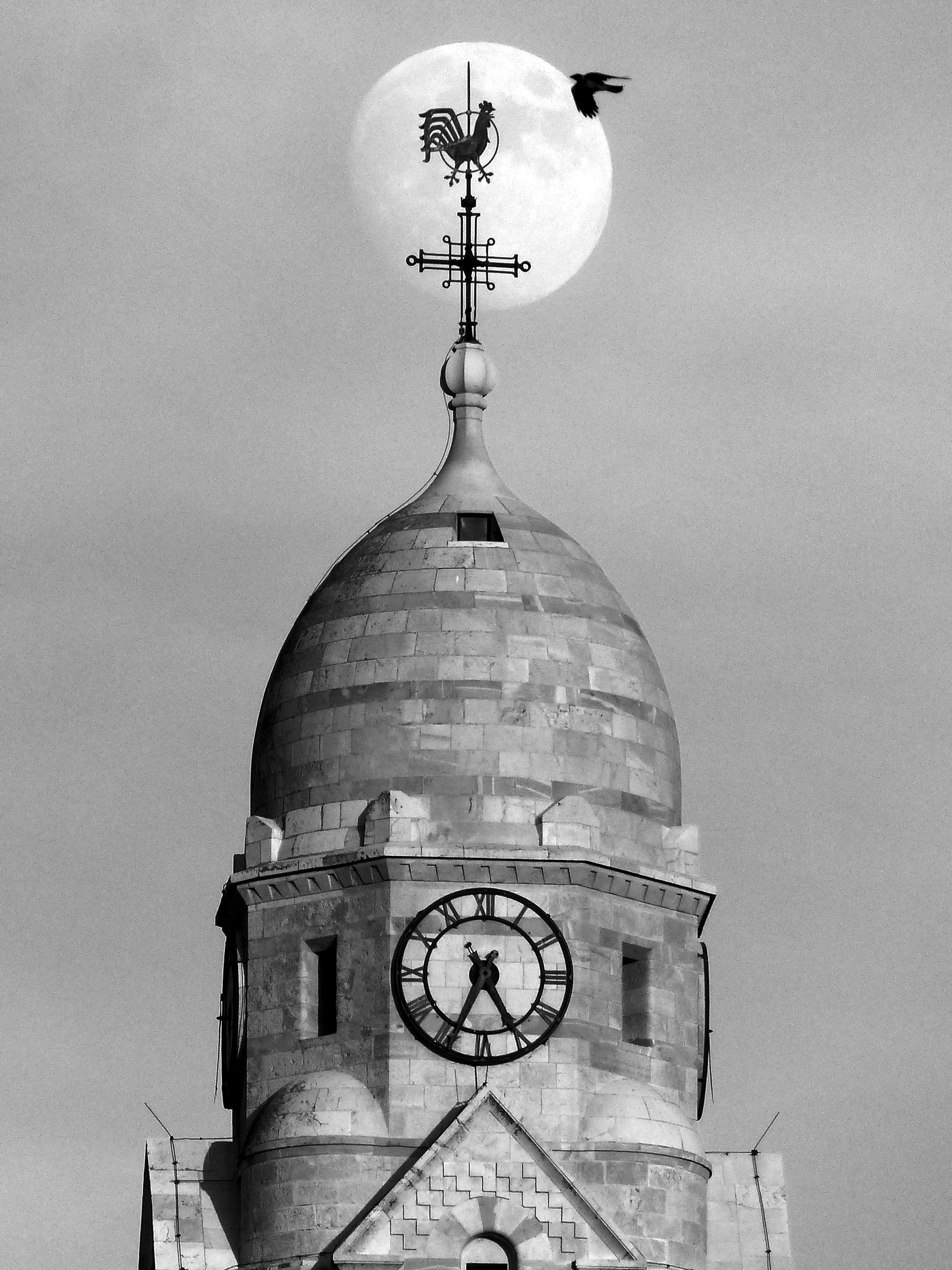 Dormition Abbey, lying on Mount Zion in Jerusalem, is traditionally the site where the Virgin Mary died. The Byzantine basilica was built in the early 5th century. Interestingly, due to how close it is to holy site David’s Tomb (the traditional site of the Last Supper), the Abbey’s bell tower is located far away to prevent its shadow touching the tomb.

An exhibition of all the winning photos will be hosted by theInterdisciplinary Center Herzlia (IDC) , at the Mark Rich Library, in cooperation with Hillel IDC and the World Jewish Heritage Fund, starting December 29th; the exhibition will run through the month of January and is open to the public.