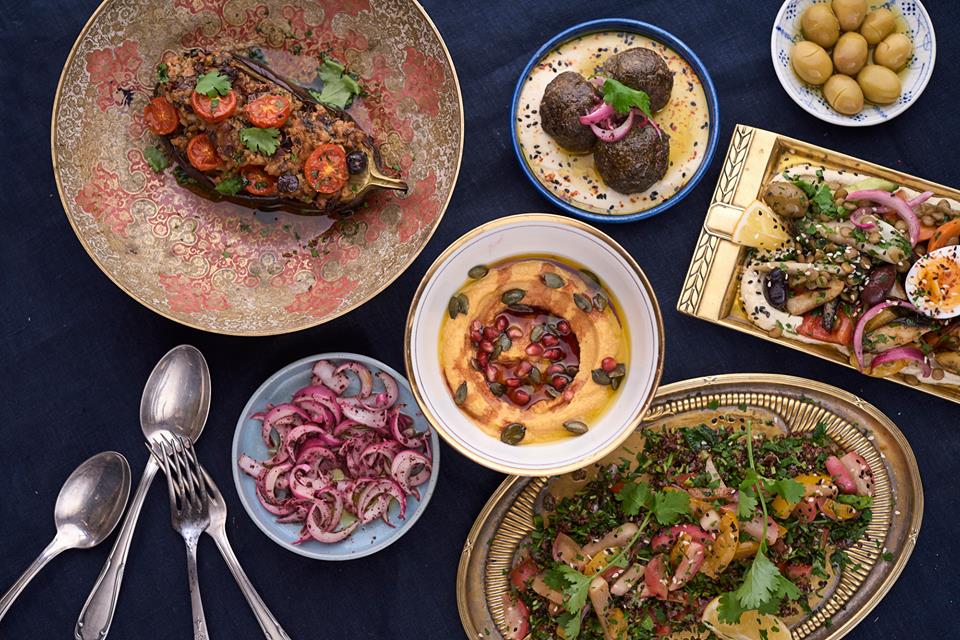 The cuisine served at Dobrumba is inspired by several cultures and incorporates flavors from the Middle East, the Mediterranean and the Caucasus. Some of the menu items you will find include baba ganoush, shawarma, shakshuka, Moroccan beetroot, labneh, and pomegranate chicken liver. One of the best things about Dobruma is their unique twists to traditional Middle Eastern dishes. While they offer a traditional hummus, they also have a spicy paprika hummus, a warm hummus dish, and even a butternut squash hummus that has become a house favorite.

It’s hard to come here and not fill up on their delightful entrees, but try and save room for dessert because you don’t want to miss out on the famous Basboussa or tahini brownie. The Basboussa is the most popular dessert item and consists of a Levante semolina cake with orange blossom syrup, toasted almosts, and thick yogurt. If you’re one of the many people who prefer a rich chocolate flavor, the vegan tahini brownie will not disappoint.

Dobrumba always tries to cater to those with dietary restrictions by providing gluten free bread and several vegan options. If you find yourself in Budapest’s 7th district, make sure to make a stop at Dobruma for some of the best Middle Eastern food this city has to offer. 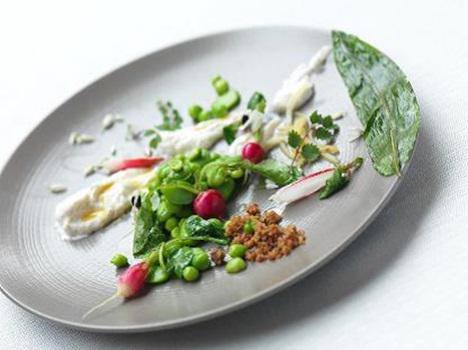 Chef Anthony Demetre is one of London’s most highly regarded chefs with over 25 years of cooking experience. He opened Wild Honey in 2007 to serve modern European dishes while showcasing French techniques and fine British seasonal ingredients. At Wild Honey, Chef Anthony wants each visitor to feel special, whether they come to dine for business or for pleasure. The items on their fine menu are even more delicious when paired with a drink from the extensive cocktail and wine lists.

For a kosher dining experience like none other, head to the Ghimel Garden. Ghimel Garden is sure to satisfy a wide array of cravings with its diverse menu, offering traditional chickpea-based falafel, a tomato-heavy stew of Shakshuka, creamy Italian pastas, veggie-rich salads, and herb infused fish. This restaurant is both vegan and gluten-free friendly and its menu is infused with Mediterranean and traditional “Jewish cuisine” influences. Ghimel Gardens organizes private dinners for Shabbat evenings and Saturday afternoons, as well as a catering service for Shabbat meals.