What Are We
All About

World Jewish Travel (WJT) is a unique non-profit organization which provides an innovative and comprehensive digital platform to promote Jewish cultural travel and help users discover and experience Jewish heritage around the world.

Traveling is the best way to learn about a new culture and the history of a specific location. If you aren't quite sure where you want to go, read our travel blogs and eBooks to learn more about a city, and check out our cultural calendar to see what exciting events are happening around the world. These sources will help you get a better feel for each city and understand the history that transformed the city into what it is today. 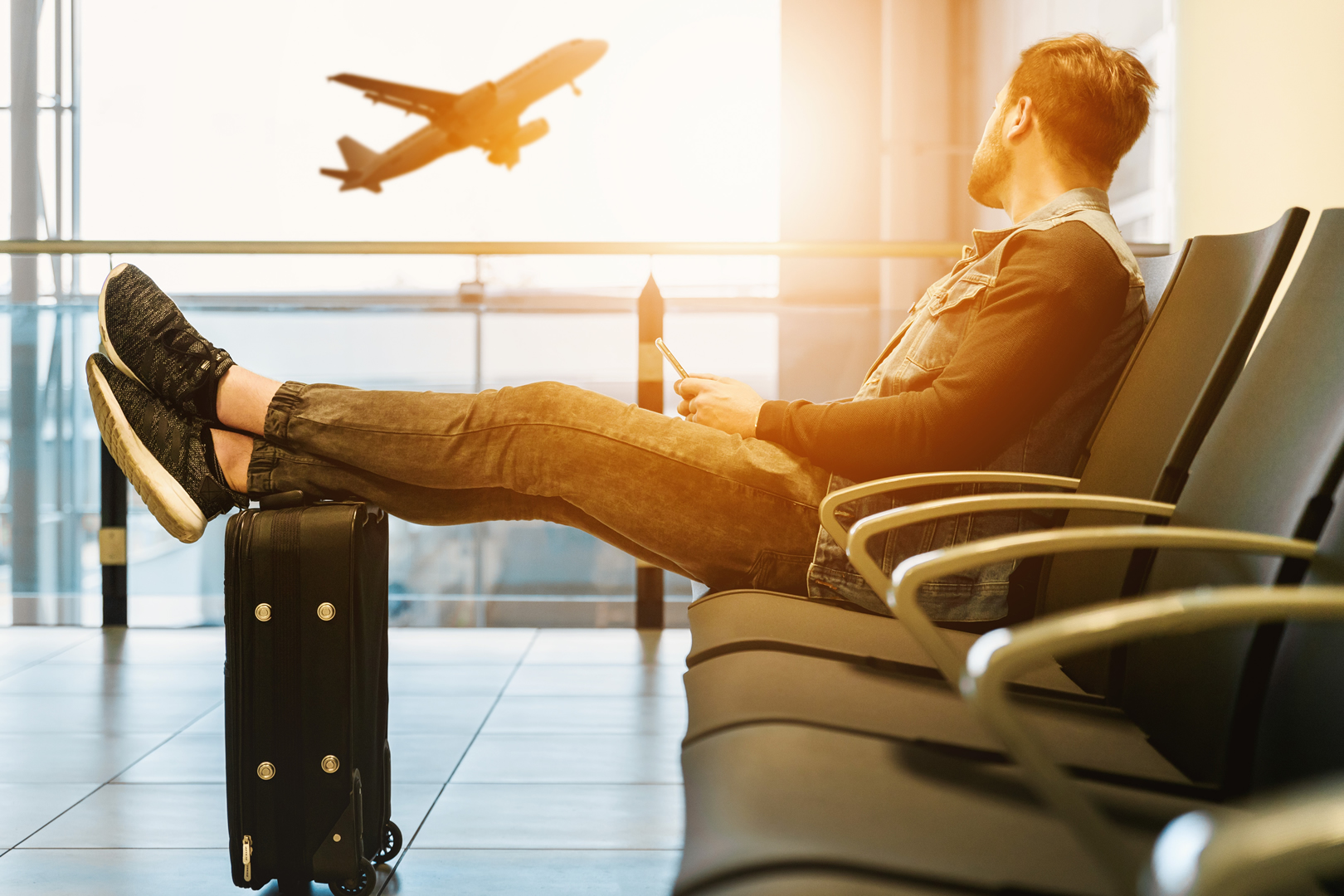 Once you choose a destination, you can explore all the city has to offer. We make this easy for you by pointing out the top sites, and even local events that occur in that city. Whether you want to visit historical monuments, attend the annual Jewish music festival, or eat traditional food in the city's Jewish quarter, we will help you discover the best parts of the city. 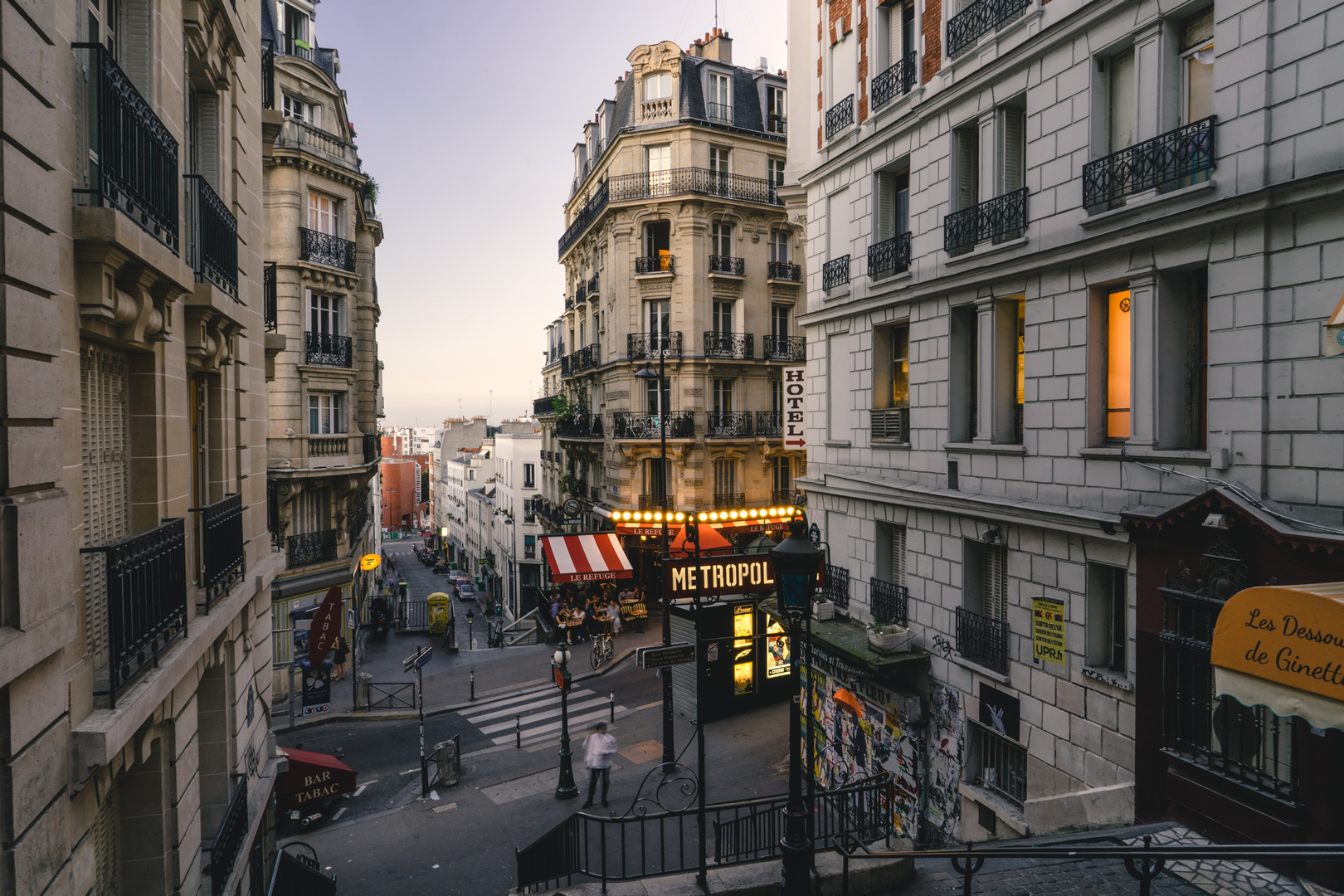 During any journey to an unfamiliar part of the world, it is important to connect with the new culture and environment. We give you the tools to do that by providing top-recommended restaurants, tours, guides, and hotels - all of which will help you connect to and learn about the city's local culture. 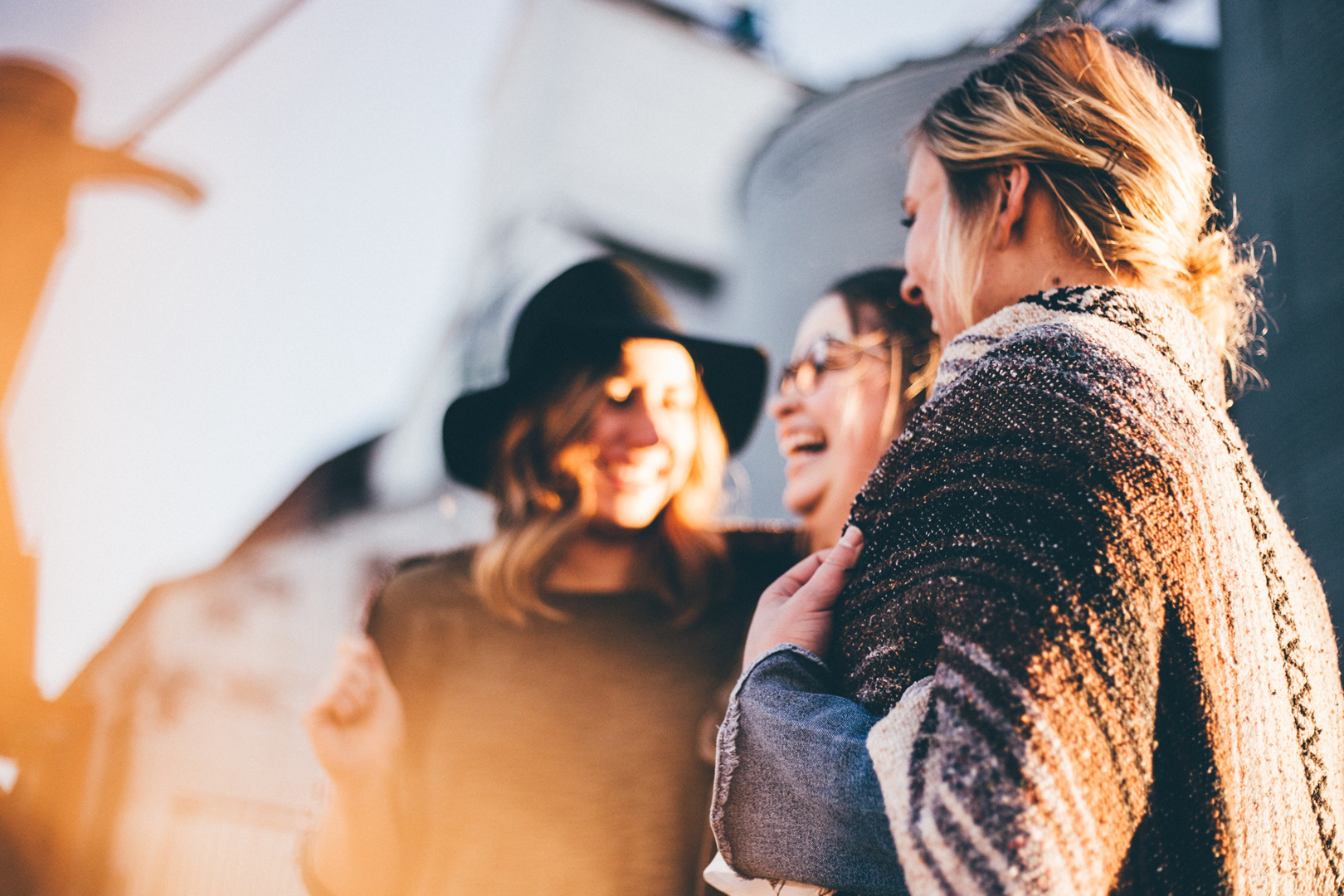 Our story starts with our founder Jack Gottlieb's trips to his mother's shtetl in Voronovo (Belarus) and his father's shtetl in Sarny (Ukraine). Each trip took 6-12 months to plan. This gave World Jewish Travel its kick-start.

We receive messages from writers, bloggers, city officials, and enthusiastic travellers from around the world. They want to know how they can contribute to World Jewish Travel. There are several way to help out (and we provide all of the tools you need). Here is how you can get involved: 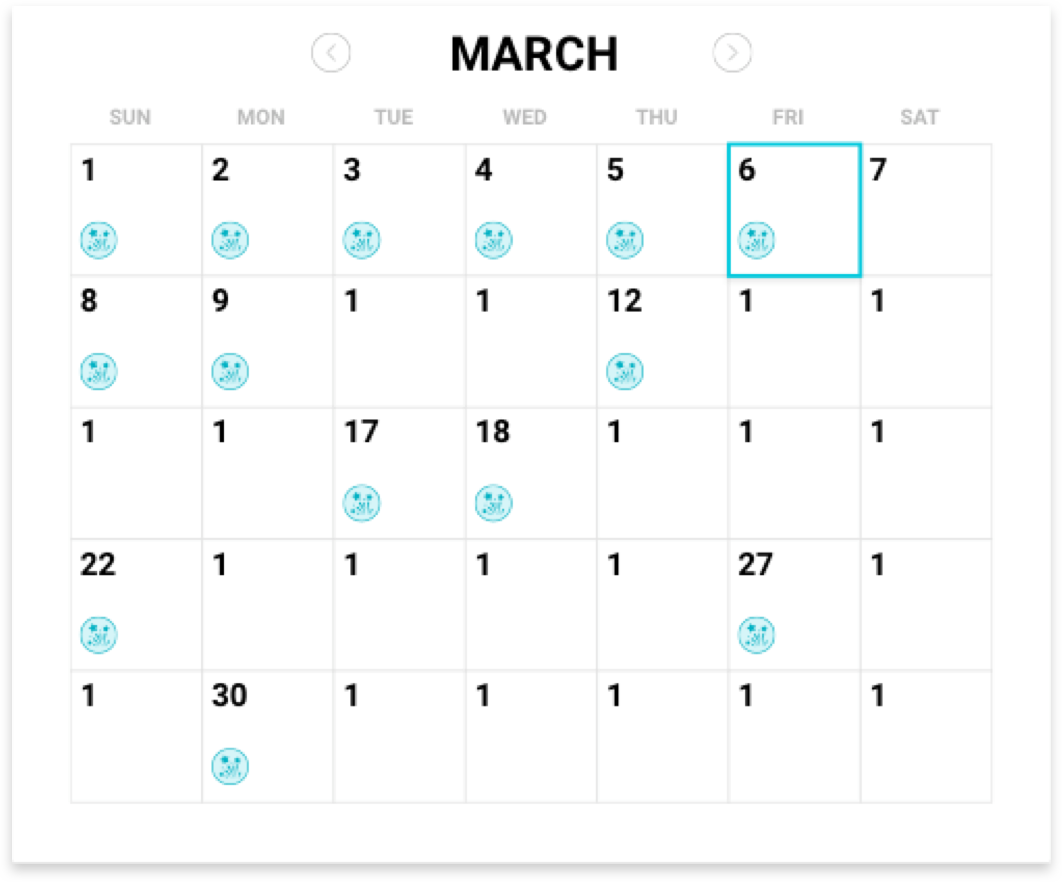 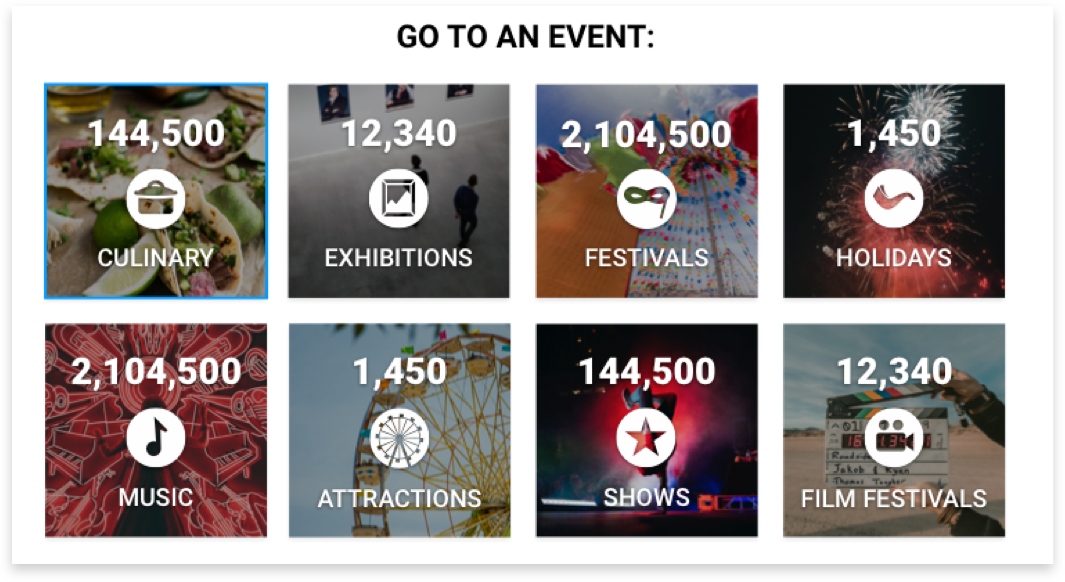 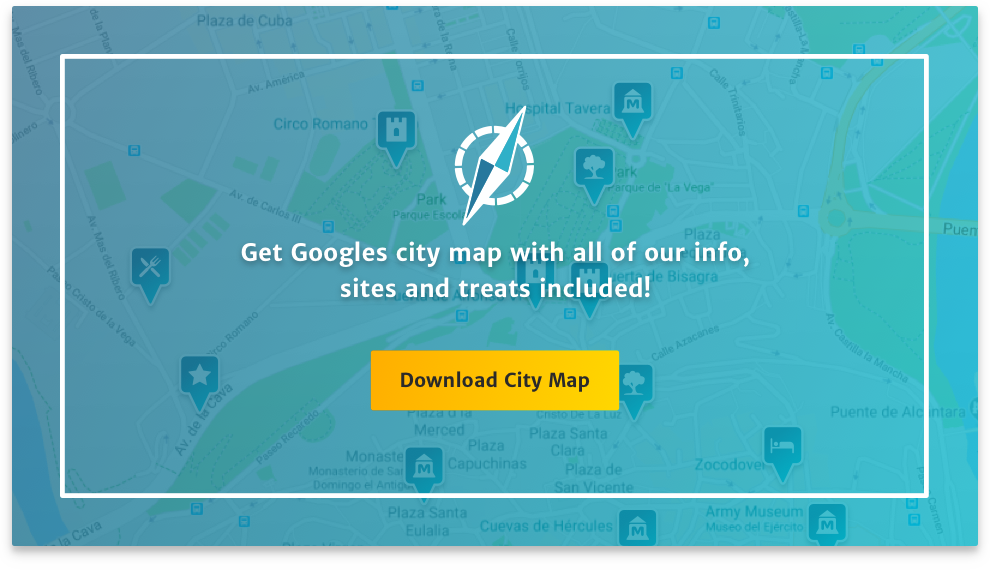 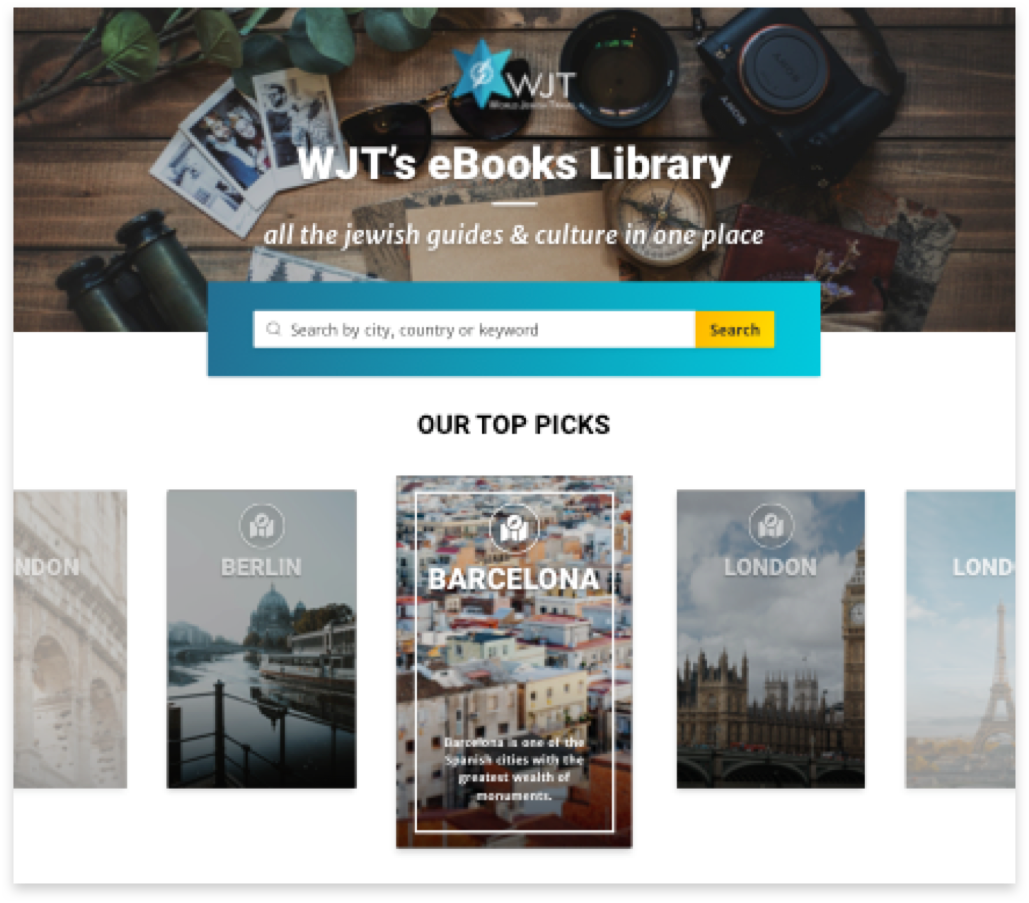 Share your Jewish travel experiences with others by writing about favorite Jewish tours, events, restaurants, and hidden Jewish sites in cities around the world

The same spirit that made Amsterdam a center of Jewish life centuries ago makes it a delightful destination today. There is one connection between the Netherlands’ “coffee shops,” where cannabis is sold legally, and the remarkable Jewish community that used to exist in Amsterdam — the relaxed attitude of openness that dominates this beautiful city. The historian Simon Schama portrays Amsterdam, where Jews first settled in the 16th century, as an exceptional case of tolerance in an otherwise-hostile Christian Europe. “There was no Amsterdam Ghetto, no yellow badge, horned-hat or lock-up curfew behind gates,” he wrote. Link to full blog by the Jewish Week: https://jewishweek.timesofisrael.com/a-tale-of-two-amsterdams/

read this fun post. Make sure this item boosts to correct spot, then can delete/hide! today's date: 12/27/2019

Archaeological evidence shows that the area of Tudela has been inhabited continuously since the Old Stone Age. Its mixed population of Jews, Christians, and Muslims made it home to many important writers, including the first translator of the Koran to a Western Language. Today it is best known for the week long Santa Ana Festival in July, celebrated with street music, bullfights, and the running of the bulls. Famous personalities: Abraham ibn Ezra (1089-1167) Benjamin of Tudela (1130-1175) Shem-Tob ben Isaac Shaprut (1340-1410)

One of wealthiest cities in Spain, Tortosa, enclosed by strong walls, prospered through both Roman and Arab rule. For a breathtaking view of the whole city, stop by the castle of La Suda. The old Jewish quarter is a patchwork of various periodic and cultural histories. Interestingly, the Call of Tortosa was established around a former Arab shipyard which had been donated to the community. It's most impressive claim to fame is in the Musuem of Tortosa, which contains a famed trilingual tombstone: engraved in Hebrew, Greek and Latin and belonging to Meliosa, a young Jew, dating the Jewish presence in Tortosa back to the Visigoths era, circa 6th century.

Toledo, close to Madrid, is famous for its walls and its historical success in silk and sword production. It was one of the most important Jewish cities of medieval Europe, and was even Spain's capital, before this was transferred to Madrid in 1561. Toledo is home to some of the largest Jewish archives in Europe. The ancient Jewish quarter of Toledo housed the famous Escuela de Traductores (School of Translators), allowing the local population to capitalize on the Jews' knowledge of Arabic and Hebrew and translate important works into Latin and Spanish. Famous personalities: Samuel Halevi (1320-1361)

Donate
We visited this restaurant on the last night and were overwhelmed by the great service and magnificent cuisine. We were given a glass of cava gratis and the meals we had were among the best we tasted during our visit to Toledo. We really recommend this great restaurant !!! All the dishes we ordered (both nights we came) were truly fresh and delicious.

Connecting with WJT on social media is the best way to share your travel images, videos, and experience. If you visit a unique Jewish heritage site we want to know! So please tag us and share your travels with us whether you are dining at a local Jewish deli, attending a Jewish film festival, or visitng an old synagogue.

YOU CAN FIND US ON

From falafel and shakshuka to hummus and fresh pita, the Middle East sure knows how to cook!! 🥙 What's your favorite Middle Eastern dish? ...

Such beautiful challot! Wishing everyone around the world a Shabbat Shalom as we celebrate the first Sabbath of the new year ✡️🙏🏼
•
•
•
#shabbatshalom #newyear #challah #jewishfood #weekend #baking #jewishculture #challahbread #jewishbaking #shabbat ...

Open
What was the best dish you ate this Rosh Hashana??

What was the best dish you ate this Rosh Hashana?? This apple cake looks pretty hard to beat. Thanks @organicstl for sharing 🍎🍯w ...

Open
If you've never been to Benedict's, you're definit

If you've never been to Benedict's, you're definitely missing out. 🥞🍳 This restaurant serves the most incredible breakfast, all day everyday. With several locations all over Tel Aviv, there's no reason to miss out!
#eeeeeats #benedicts #telaviv #tlv #pancakes #tlvfood #wjttelaviv ...

Lots of delicious options at Mahane Yehuda Market 🍑🍒🍞🥖🍰 check out some of our favorites in the Jerusalem section of our free ebook "Israel's Top 100 Ethnic Restaurants." Link in the bio!
Photo by @dressuptelaviv
#jerusalemoftheday #jerusalem #shuk #israelifood #olives #eeeeeats ...

Open
How good does this look?! @snacksaftersundown at t

How good does this look?! @snacksaftersundown at the infamous Dr. Shakshuka! Dr. Shakshuka is just one of the incredible restaurants featured in our free ebook "Israel's Top 100 Ethnic Restaurants" 🇮🇱🍞 Download for free from our library. Link in the bio
@dr_shakshuka
Want to be featured on our page? Tag @world.jewish.heritage #wjheats for a chance to be shared!
#jewishtravel #jewishlife #drshakshuka #israelifood #eeeeeats #jaffa #telaviv #shakshuka #hummus #hummuslover #kosherfoodie ...

Photo by @tahtee_eats ✡️
Curried pumpkin dumplings from @puaacafe in #Jaffa 🎃
Puaa Cafe is one of the top rated restaurants in Jaffa! Located in the trendy flea market, שוק הפשפשים, Puaa Cafe is a must on your next visit to Tel Aviv/ Yafo 🇮🇱
Want to be featured? Tag @world.jewish.heritage #WJHeats for a chance to be shared!
#jaffa #telaviv #vegan #vegantlv #israelifood #jewishfood #jewishlife #jewishtravel #yafo ...

There’s no place like Jerusalem!
Come travel.discover.connect. Link to find out more in our bio.
#wjtjerusalem ...

The “Slat al-Azama” (deportees synagogue) in the Mellah of Marrakech was originally built by Jews who were deported from Spain in 1492. It’s one of more than 30 synagogues in Marrakech, but sadly it’s the only one still in use by the dwindling Jewish community. Today it holds a small exhibit on local Jewish history, which is popular with both Jewish and non-Jewish tourists. Posted by: @shabbatshalomfrom .
.
.
.Come travel.discover.connect. Link to find out how in our bio.
.
#jewishmorocco #jewishtravel #jewsofmorocco #synagogue #shul #jewish #jews #morocco #marrakech #medina #mellah #moroccanjews #moroccan #sefardi #sephardi #inquisition #spanishinquisition #slatalazama #alazama #lazama #prayer #judaism #architecture #travel #jewishheritage #worldjewishtravel #wjtmarrakech ...

The Jewish Quarter of the Old City of Jerusalem ✡️ a quiet moment during this past Tisha Bav. We hope you all had a meaningful 9th of Av
#jewishquarter #oldcity #jerusalemoftheday #jerusalem #tishabav #jewishlife #jewishtravel #WJTJerusalem ...

Las Casas de La Juderia is a unique hotel located in the #jewishquarter of #Seville 🇪🇸 check out more photos of this stunning hotel on their Instagram page @lascasasdelajuderia
Want to be featured on our page? Tag us @world.jewish.travel #jewishtravel for a chance to be shared! -
-
-Come travel.discover.connect. Find out more see the link in our bio.
-

Open
"Scola Italia" is one of the 5 synagogues in Venic

"Scola Italia" is one of the 5 synagogues in Venice, Italy🇮🇹 che bello!? 😍
Headed to Italy? Discover the Jewish gems of Venice with our ebook "Journey Through the Venetian Ghetto", free in our digital library! Link in the bio. -
-
-Come travel.discover.connect. Find out more through the link in our bio.
-
-
-

Follower Submission by @travelingprayer ✡️ Justo Sierra Synagogue, Mexico City "In 1941, Orthodox Jewish immigrants from Poland, Russia, Germany, Austria, and the Czech Republic established the Justo Sierra Synagogue in Mexico City. Today there are thousands of Jews- #Sephardic and #Ashkenazi- living in Mexico."- @travelingprayer
To submit a photo tag us @world.jewish.travel #worldjewishtravel for a chance to be featured on our page! We love to see photos and hear about stories from your travels! 😊🌍✈️
#synagoguesoftheworld #mexico #mexicocity #jewishmexico #jewishtravel #JewishLife #worldjewishtravel #WJTMexico #wjtmexicocity ...

#JewishMuseum ✡️ this gorgeous old synagogue in Girona has been transformed into an incredible Jewish History Museum! Be sure to check out the Jewish History Museum of Girona on your next voyage to Spain!
Photo by @harriet.foxwell
Tag us in your photos of Girona for a chance to be featured using the hashtag #JewishGirona @world.jewish.travel 🇪🇸
#JewishTravel #Jewish #jewishquarter #catalonia #instagirona #igersgirona #spain_beautiful_landscapes #spain #Girona #synagoguesoftheworld ...

December 2-9 : Menorah Lighting in London! If you’re in London or traveling there during Hanukkah, make sure to get out to the candle lighting and celebrate the Festival of Lights with the local London Jewish community. 🕎
•
•
#worldjewishtravel #jewishlondon #hanukkah #menorah #menorahlighting #celebrate #jewishholiday #festivaloflights ...

Open
December is almost here and you know what that mea

December is almost here and you know what that means. The Holiday of Holidays is back for their annual, month long celebration of the diverse cultures found in Haifa. Music performances, art galleries, and special events will take place all month in the city of Haifa to show tolerance and mutual respect for all cultures! ✡️✝️☪️
•
•
#worldjewishtravel #holidayofholidays #culturaldiversity #hanukkah #christmas #celebration #festival #haifa ...

It’s that time of year again and NYC will be having their annual menorah lighting to celebrate the first night of Hanukkah! 🕎
•
•
#worldjewishtravel #hanukkah #chanuka #candlelighting #happyhanukkah #jewishholidays #jewishNYC #NYC #NewYork ...

Open
The Jerusalem Jewish Film Festival is back, starti

The Jerusalem Jewish Film Festival is back, starting this weekend! From December 1-6 Jerusalem theaters will be showing a variety of Jewish themed films. Check out the schedule on their website!🎬
•
•
#worldjewishtravel #jewishfilmfestival #jerusalem #jewish #filmfestival #holyland #israel #jewishjerusalem #jerusalemfilmfestival ...

January 19-20th: Limmud is hitting the West cost this Winter in Seattle! The 2018 festival sold out so it’s get your tickets while you still can 🎟
•
•
#worldjewishtravel #limmud #seattle #jewishlearning #jewishseatle ...

Open
December 2nd: Only 4 more days until the Limmud fe

More details on becoming a WJT partner
Already a member? Sign In

Welcome to the WJT community!

Thanks for signing up to World Jewish Travel.
We’ve got a lot more to show you, So let’s dig in!