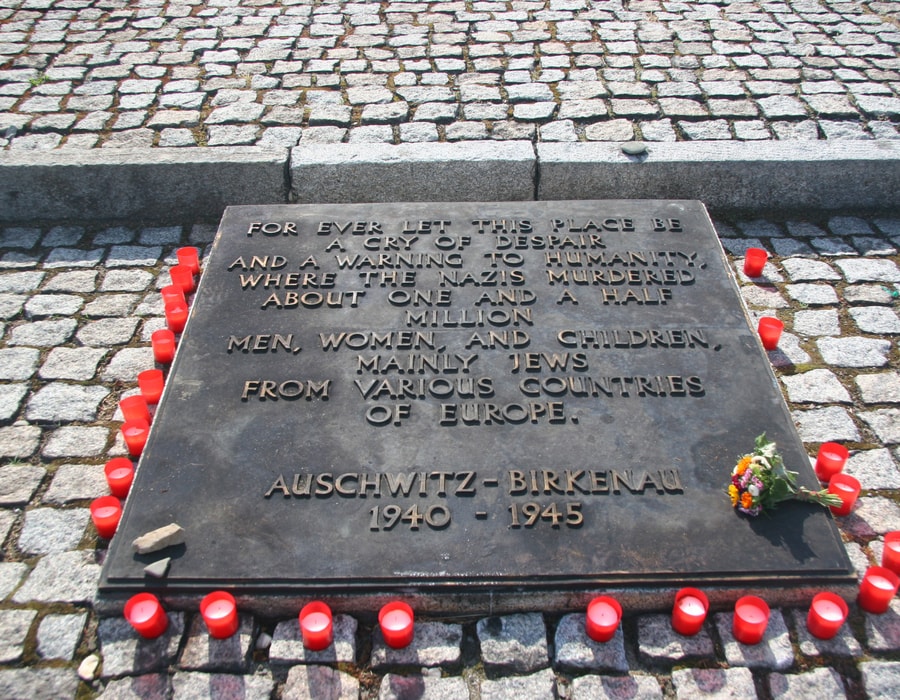 Every year around 27 January, UNESCO pays tribute to the memory of the victims of the Holocaust and reaffirms its unwavering commitment to counter antisemitism, racism, and other forms of intolerance that may lead to group-targeted violence. The date marks the anniversary of the liberation of the Nazi Concentration and Extermination Camp of Auschwitz-Birkenau by Soviet troops on 27 January 1945. It was officially proclaimed, in november 2005, International Day of Commemoration in Memory of the Victims of the Holocaust by the United Nations General Assembly.

The Holocaust profoundly affected countries in which Nazi crimes were perpetrated, but also had universal implications and consequences in many other parts of the world. Member States share a collective responsibility for addressing the residual trauma, maintaining effective remembrance policies, caring for historic sites, and promoting education, documentation and research, seven decades after the genocide. This responsibility entails educating about the causes, consequences and dynamics of such crimes so as to strengthen the resilience of young people against ideologies of hatred. As genocide and atrocity crimes keep occurring across several regions, and as we are witnessing a global rise of anti-Semitism and hateful discourses, this has never been so relevant.

For the first time, the United Nations and UNESCO will jointly organize a series of events, in partnership with the International Holocaust Remembrance Alliance, to mark the 76th anniversary of the liberation of the Nazi German concentration and extermination camp Auschwitz-Birkenau. Due to restrictions put in place because of COVID-19, and to reach global audiences, the events will be entirely online. Events will include a commemoration ceremony on 27 January 2021 and a panel discussion on Holocaust denial and distortion, broadcast by UNTV and CNN, in addition to   exhibitions in Paris and UNESCO Field Offices around the world. 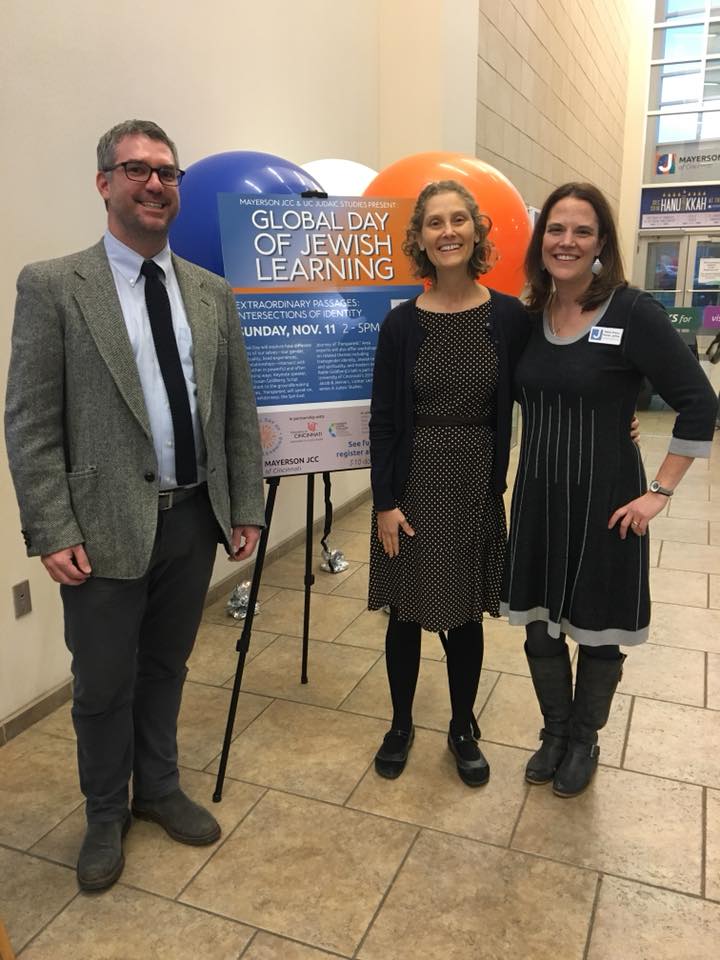 The Global Day of Jewish learning is powered by Limmud North America. Launched in 2009 as an effort to connect Jews around the world in mutual appreciation of Jewish wisdom, the Global Day was inspired by the vision and leadership of Rabbi Adin Even-Israel Steinsaltz. 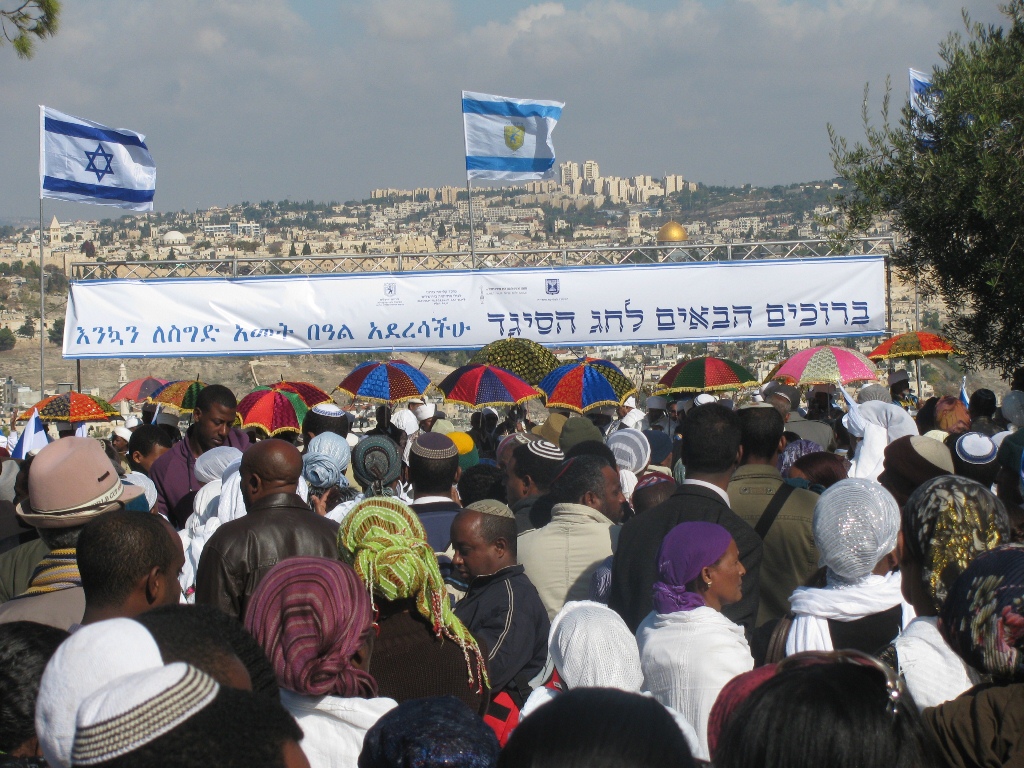 Sigd is a holiday commemorating the acceptance of the Torah by the Ethiopian Jewish community. It is celebrated each year on the 29th of Cheshvan, and is recognized as a national holiday in Israel.

Tisha B’Av  is an annual fast day in Judaism, on which a number of disasters in Jewish history occurred, primarily the destruction of both Solomon’s Temple by the Neo-Babylonian Empire and the Second Temple by the Roman Empire in Jerusalem.

Tisha B’Av is regarded as the saddest day in the Jewish calendar and it is thus believed to be a day which is destined for tragedy. Tisha B’Av falls in July or August in the Gregorian calendar.

The observance of the day includes five prohibitions, most notable of which is a 25-hour fast. The Book of Lamentations, which mourns the destruction of Jerusalem is read in the synagogue, followed by the recitation of kinnot, liturgical dirges that lament the loss of the Temples and Jerusalem. As the day has become associated with remembrance of other major calamities which have befallen the Jewish people, some kinnot also recall events such as the murder of the Ten Martyrs by the Romans, massacres in numerous medieval Jewish communities during the Crusades, and the Holocaust. 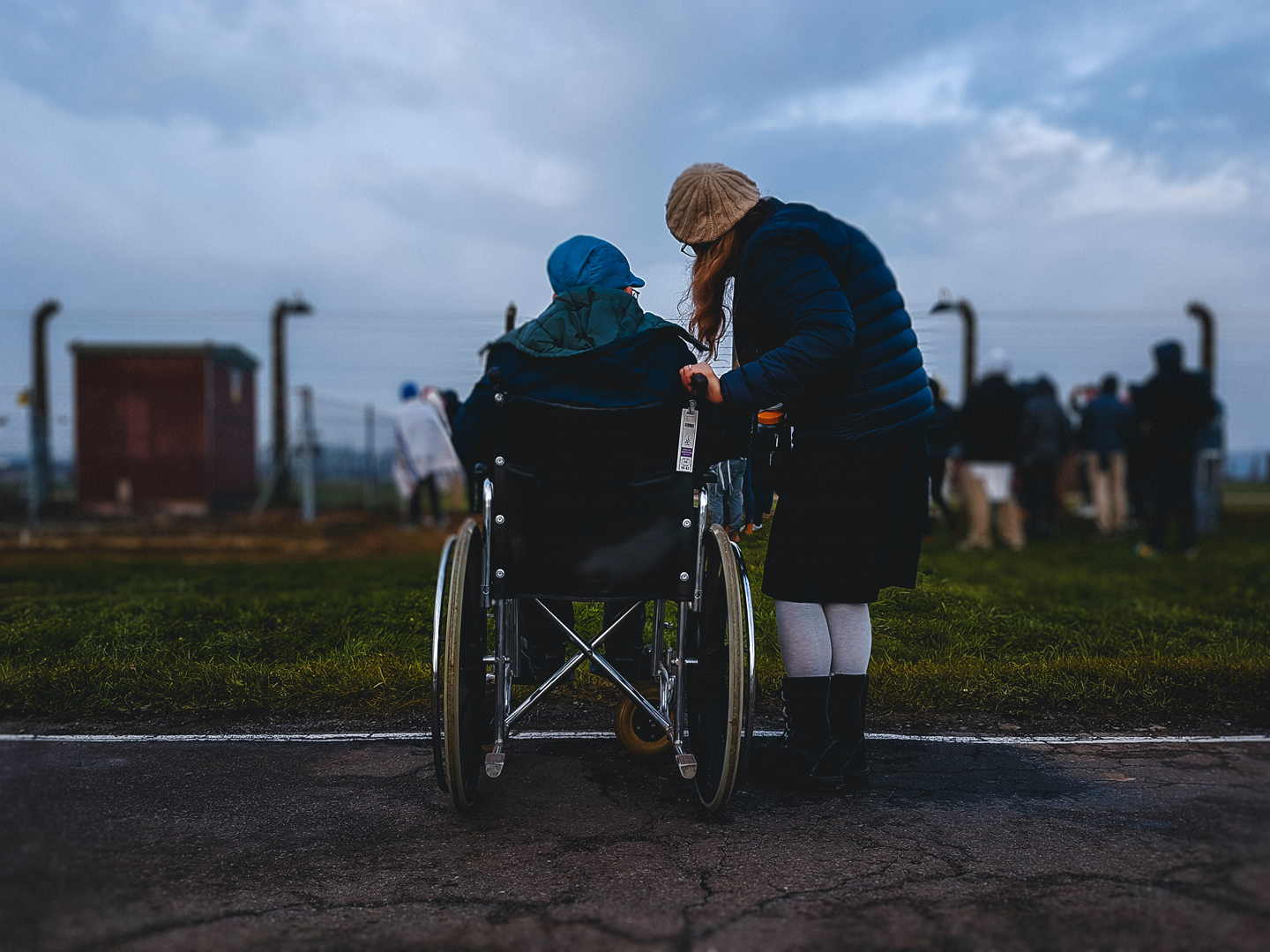 Iyar 26 marks the anniversary of the liberation of the Jews from concentration camps, ending the Nazi rule in Europe. This year in 2021, we celebrate the 76th anniversary when of this liberation, when allied and Soviet troops moved across Europe against Nazi Germany. These groups encountered the horrors of the Nazi regime in 1945 and soon after the world saw and understood the scope of what the prisoners endured. 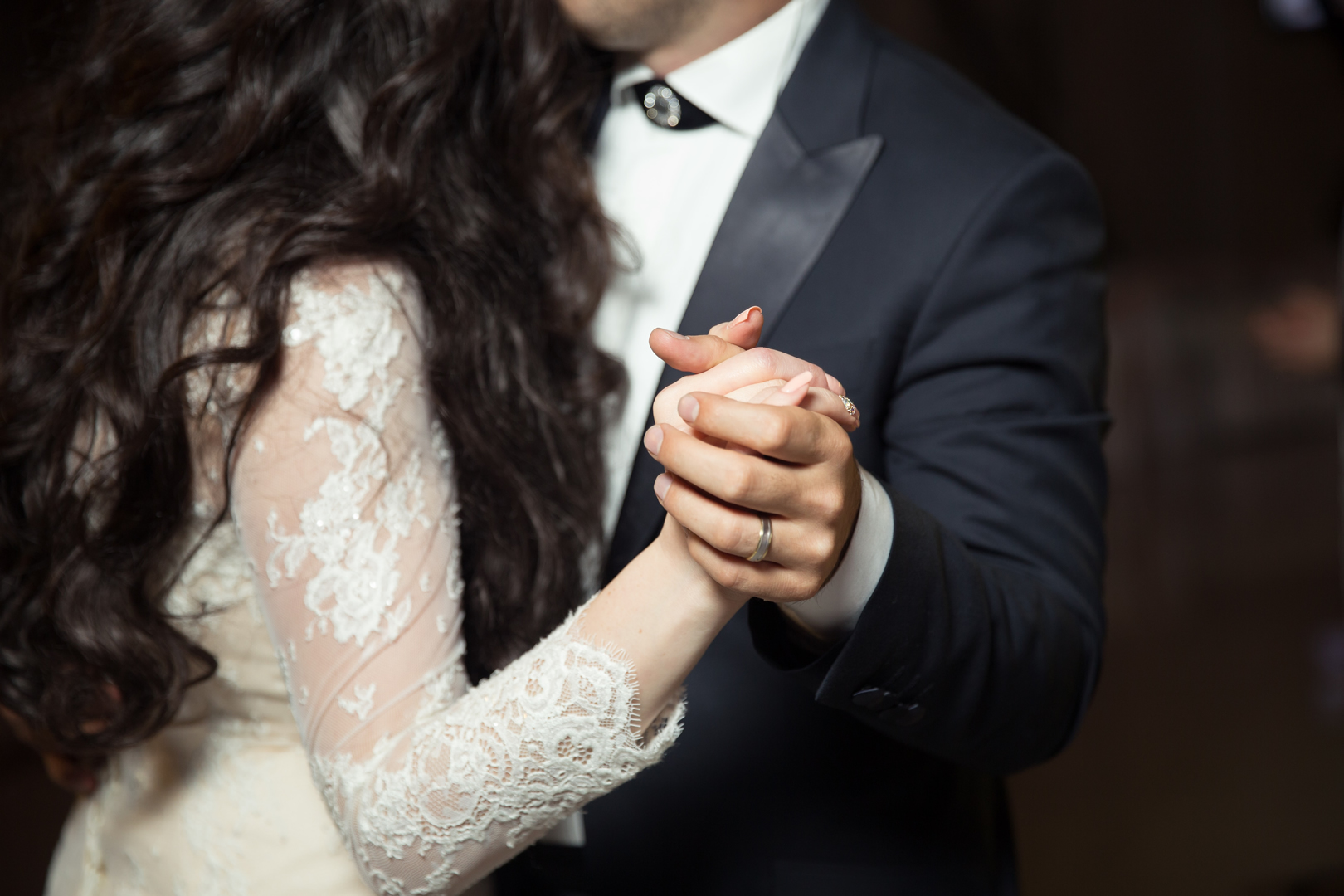 International Agunah Day was established by the International Coalition for Agunah Rights (ICAR) in 1990 to raise awareness to the difficulty of the Agunah. It is observed on the 13th of Adar which in the Jewish calendar is the Fast of Esther. An agunah literally means “anchored” or “chained” and describes when a Jewish woman is stuck in her religious marriage due to Jewish law that prevents a women from getting a divorce without her husbands permission. Not only does this happen when a man disagrees, but also if he is unable to grant her the divorce. Sometimes a man would leave on a journey and not return or went to battle never to come back.

A special document known as a get is needed for end a religious marriage and according to Jewish law, a man must grant his wife this get out of his own free will. Without the get, no new marriage will be recognized and any children from the new marriage will be seen as illegitimate.

Those who initiated this day believe that it is a violation of human rights to not grant a religious divorce. It also goes against modern views of equality, personal freedom, and happiness. Every day and especially on International Agunah Day, ICAR works to have this issue recognized by the public and advocates for change through media coverage, political lobbying, and public information campaigns. 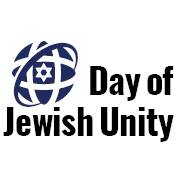 On the Day of Jewish Unity, over one million people gather around the world or a day of peace and prayer in hopes of ending global hostility and destruction. In cities around the world from Israel and France to Canada and United States, this day is filled with prayer for hope. 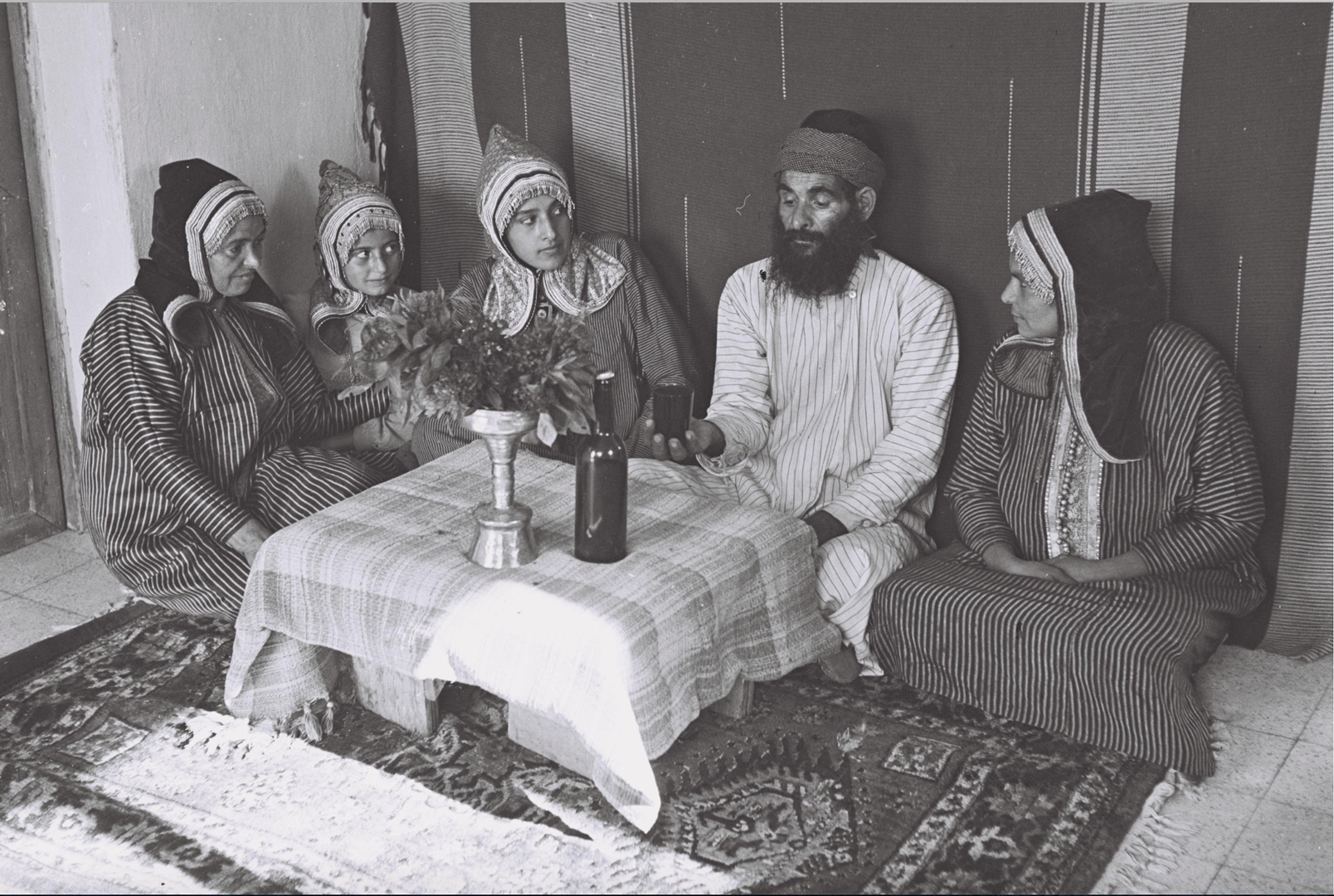 Most people in the United States know about Ashkenazi and Sephardi Jews, but not so much about Mizrahi Jews. Mizrahi Jews come from North Africa and the Middle East and bring with them an entire history and culture unique to others. In order to educate the Jewish community about the unique culture and history of Mizrahi Jews, November was established as Mizrahi Heritage Month.

Cultures and customs among the Mizrahi Jews themselves are diverse because they came from two continents and different countries such as Yemen, Iraq, Morocco, and Iran. To learn more about these customs, Jewish schools and groups are celebrating Mizrahi Heritage Month with lectures and events that allow people to immerse themselves in the Mizrahi traditions. 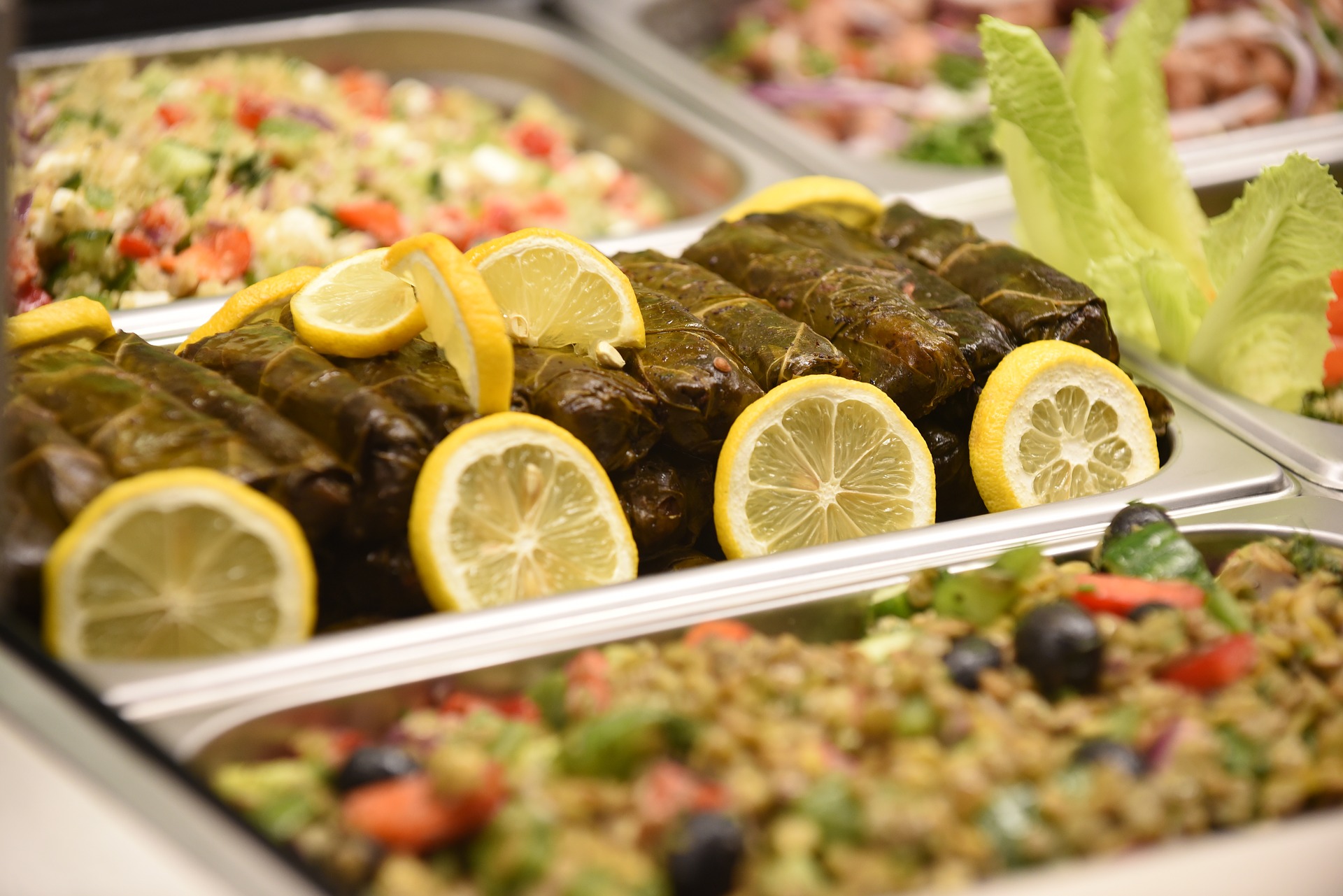 Seharane is a 2000-year-old multi-day holiday, typically celebrated by Kurdish Jews following the last day of Passover. It commemorated the day that hametz could be brought to the temple as a first fruits offering and coincided with Mimouna, traditionally celebrated by North African Jews. The holiday was celebrated with food, drink, walks in nature, singing, and dancing.

The tradition was lost for some time during the 1950’s when the Jews were relocated to Israel , but has recently been revived. Because of the widespread and established Mimouna celebration in Israel, the Seharane celebration was moved to Chol HaMoed of Sukkot.

Before the relocation of Jews to Israel, Seharane was celebrated for 3 days following Passover. Foods and drinks typically enjoyed on this holiday include stuffed grape leaves, Dulama, Kubbah, lamb, meat, and Arak. 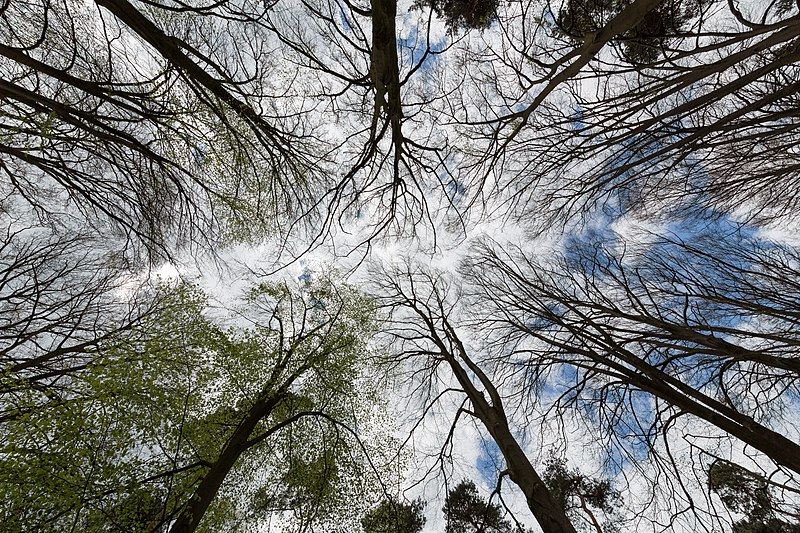 Character Day is an event focused on character development that is promoted by the Let It Ripple film studio. Each year this event brings together over 200,000 organizations and millions of people from 125 countries.

The idea is to turn Jewish tradition into a source of inspiration and to encourage everyone to turn away from all their electronics. The hope is then to encourage participants of this unique day to spend quality time with family and friends, engage in outdoor activities, and to reconnect with oneself and nature.