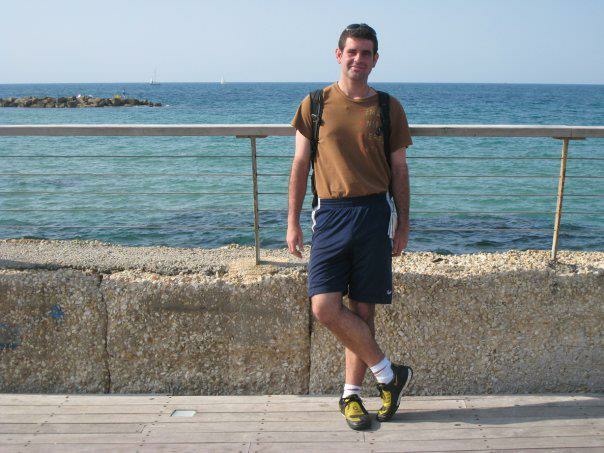 I am a tour guide in Israel. I offer tours all over Israel! Now I am offering tours virtually, but soon once the borders open, I will be offering tours in person, in the Holy Land!
I am fun, energetic and a funny guy, and I know Israel like the back of my hand. I am passionate about history and archeology, and I am even more passionate in sharing this amazing land with you 🙂 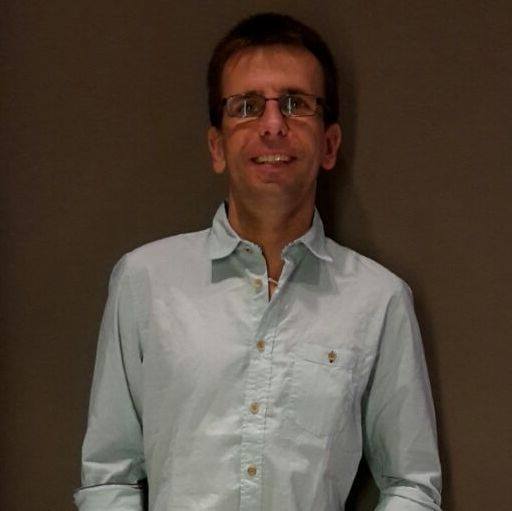 My name is István Koteczki, I have lived in Szeged since 1995, and I have been a resident here since 2006.  After finishing my universitystudies in 2002 I  got a tour guide license in the same year.  In the past years I’ve guided many groups – Hungarian and foreign speakers, small and big groups, young and elderly people – and showed them around in this marvelous city. 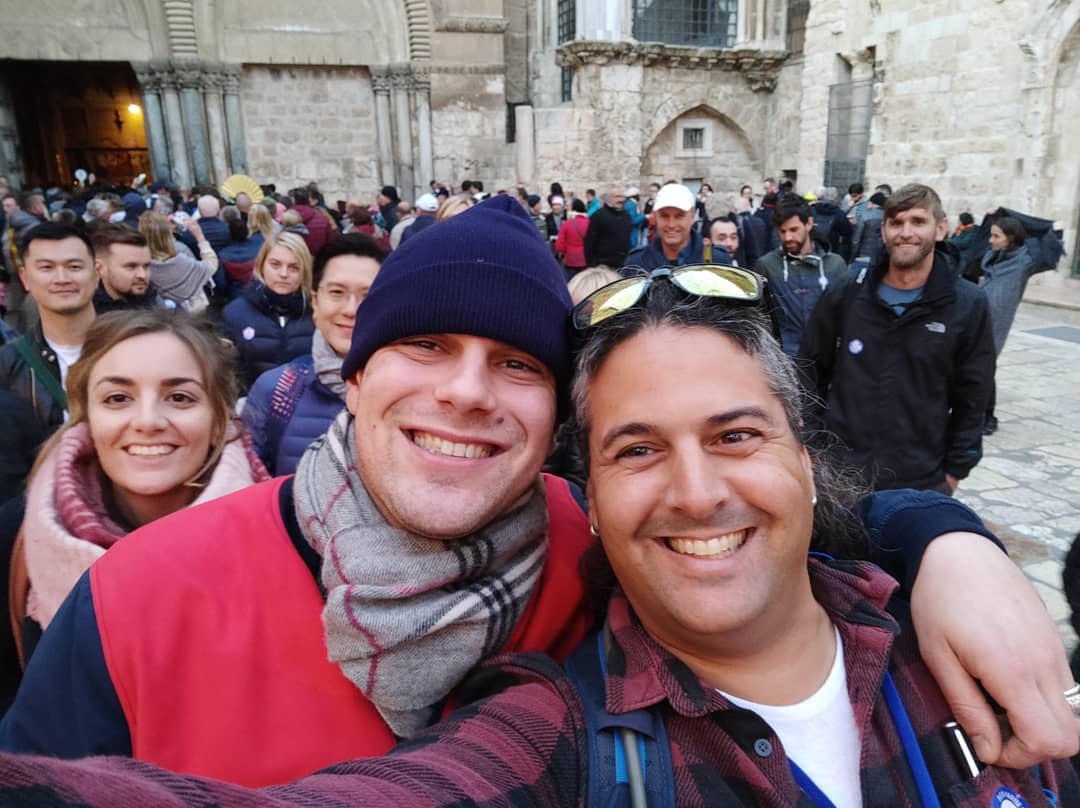 My name is Amit Musaei. My life hobby is to travel and explore the land of Israel. at 2013 I decided to make a living from my passion and became a Licensed Tour Guide by the Ministry of Tourism in Israel. Nowadays I guide independent tourist & groups. I expertise in History, religions & ancient cultures. Through my tours I connect my travelers to the history of the land by showing the abundance of archaeological evidence, walking through world heritage sites & through Israel’s diverse nature. To enhance the experience we meet locals and travelers get to learn about Israel’s society.

When leading spiritual tours aspect of religions comes alive either by following Jesus footsteps or when coming to experience the land of the Jewish ancestors following the bible.
When touring in Israel Geopolitics would always be an interest, as a tour guide I am offering different aspects and trying to be unbiased.

Contact me on any question regarding your future visit to Israel. I am offering guiding services all around Israel and will plan the tour to your requests and interest. – Amit Musaei 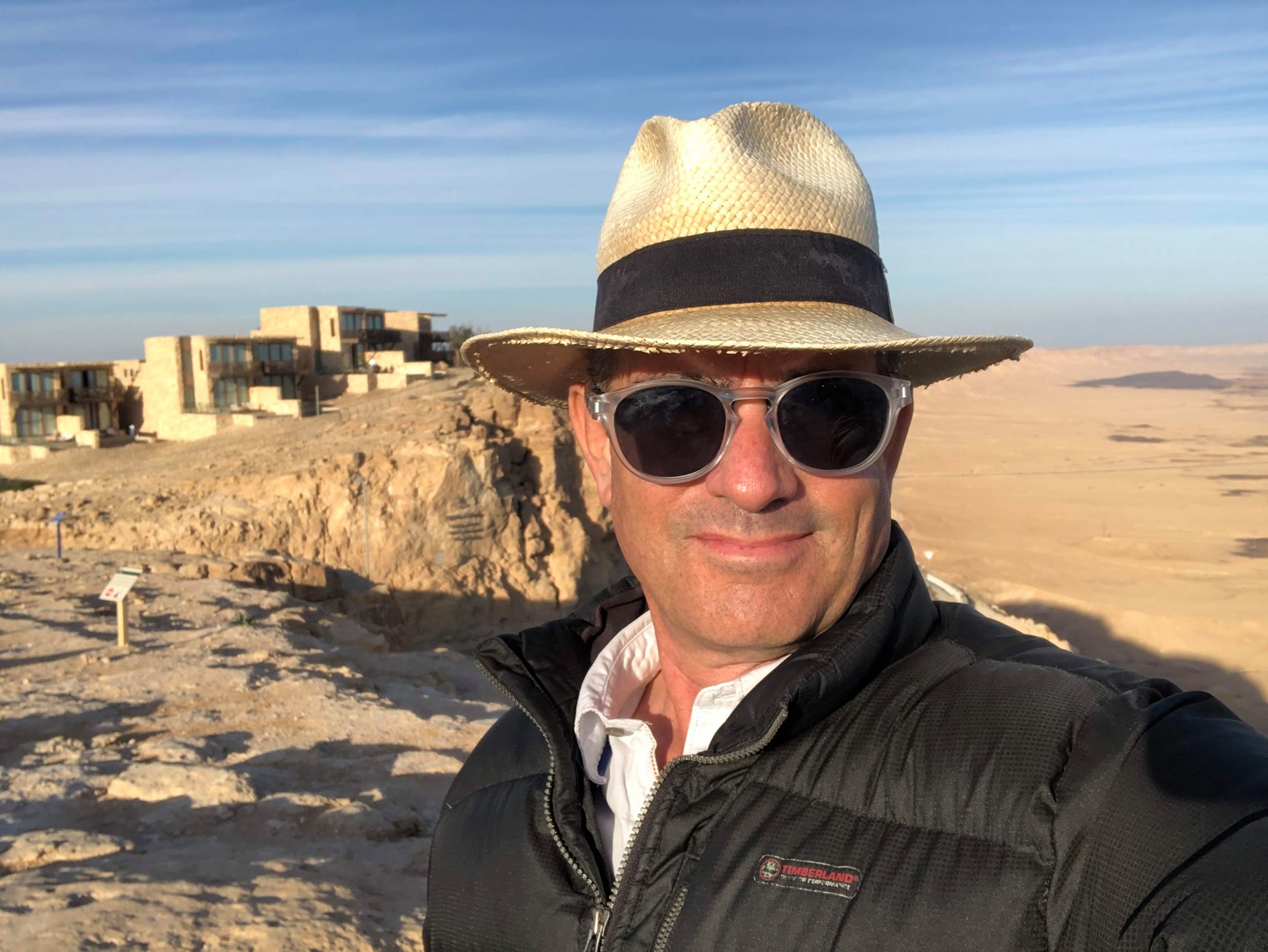 Danny “the Digger” Herman is an Archaeologist, Lecturer, and entrepreneur. He is the chief guide of a team of experienced and enthusiastic  tour guides who lead tours around the country. Tours to Haifa, Israel’s largest northern city, include top attractions such as the Bahai Gardens, German Colony, Elijah’s Cave, Science Museum, National Maritime Museum, and The Technion. 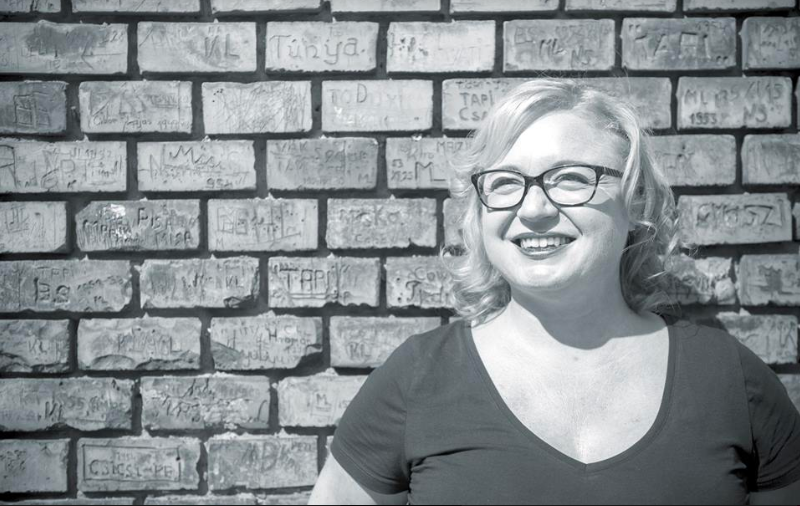 While studying geography and tourism management in university, Anna began to lead local study tours in the field of sustainable development and history. She continued to learn about business and sales after completing her studies while traveling around the world for work in several multinational companies. Now Anna is a passionate tour guide who offers both inner city and countryside tours.

Maybe you want to visit Balaton, the largest European lake surrounded by historical sites, or take a trip to the Eger fortress where Hungarian soldiers defended their community against the Ottoman army in 1552. There are several towns and sites that are just a short drive outside the city filled with fascinating history and beautiful scenery. If you decide to stay inside Budapest there are several tours to choose from including the Pest walking tour, Buda Castle district tour, and a secret tour that takes you off the beaten path to some of the more hidden and unknown city sites.

Of course, there is also an option to create your own tour based on your personal interests, whether that be art, nightlife, or food. No matter which tour you chose or which part of the city you decide to explore, Anna will share with you historical and cultural stories that will connect you to the city and even make you feel like a local for the day. Anna has always had a passion for other cultures and is thrilled to have this passion be part of her job and be able to share it with visitors. 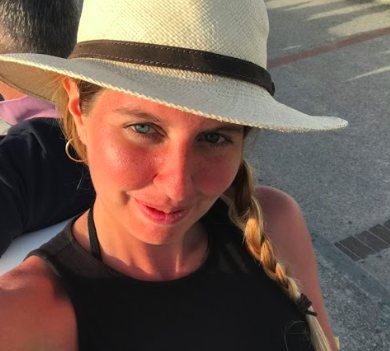 Andrea is originally from Venezuela and has been living in Paris for 2 years. She fell in love with energy, colors, and architecture of Paris during her first visit, and since moving there, her love for the city has only grown! Around every corner, there is a unique story, and every street gives off its own personality. While Andrea has several pre-designed tours based on different topics and interests, she is happy to create a custom tour if there is something specific you are interested in. Some of her tours will take you to popular landmarks and sites, while others are based on specific themes such as fashion, sports, urban life, Bohemian culture, and Paris-filmed movies. Andrea wants to share her love of Paris with you and show you another side to the city that you wouldn’t otherwise know or might miss while exploring on your own. 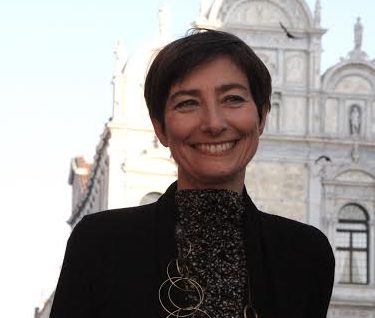 Luisella has worked as a registered tour guide in Venice since May 2000, when she was officially certified by the Regione Veneto. She is also a member of the Association of Registered Tourist Guides in Venice and the National Association of Tourist Guides in Italy. After graduating from the University in Venice Ca’ Foscari with a degree in Foreign Languages and Literature, she traveled abroad where she continued to study art and history. Luisella loves meeting people from around the world and hearing their different perspectives. She loves working as a tour guide and is looking forward to helping you discover Venice. 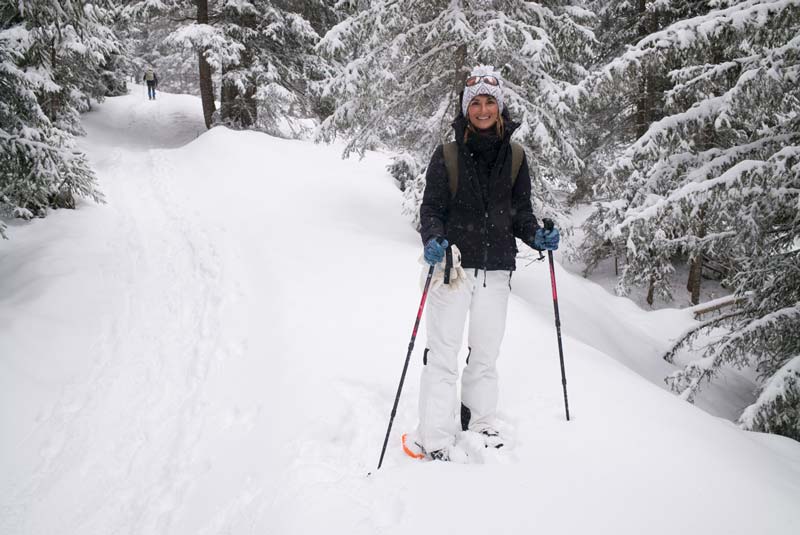 Fiona was born and raised in the beautiful city of Venice where she attended school and graduated with a degree in Foreign Languages and Literature from Ca’ Foscari university. She started working as a professional guide in Spring 2000 after obtaining her licence from the Regione Veneto. Since then, she has worked with clients from around the world leading tours in art and Venetian palaces, by foot and on boats, and to both classical sights and hidden gems around the city. 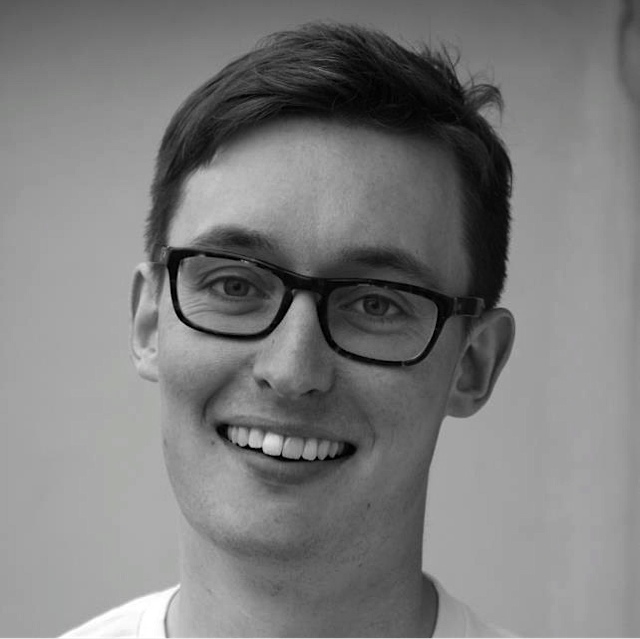 Marcus Bradshaw is the founder of the Naked Tour Guide, a company he started in 2013 to be the exact opposite of mass tourism. This company operates with small groups who walk the path less traveled and get personalized tours based on their interests. Over the last 5 years, Marcus has led hundreds of visitors through the historical and cultural city of Prague, helping them to make the most of their visit. Marcus, along with the other guides he works with, have a passion for the city and are happy to share their knowledge and expertise with the people who come to visit. 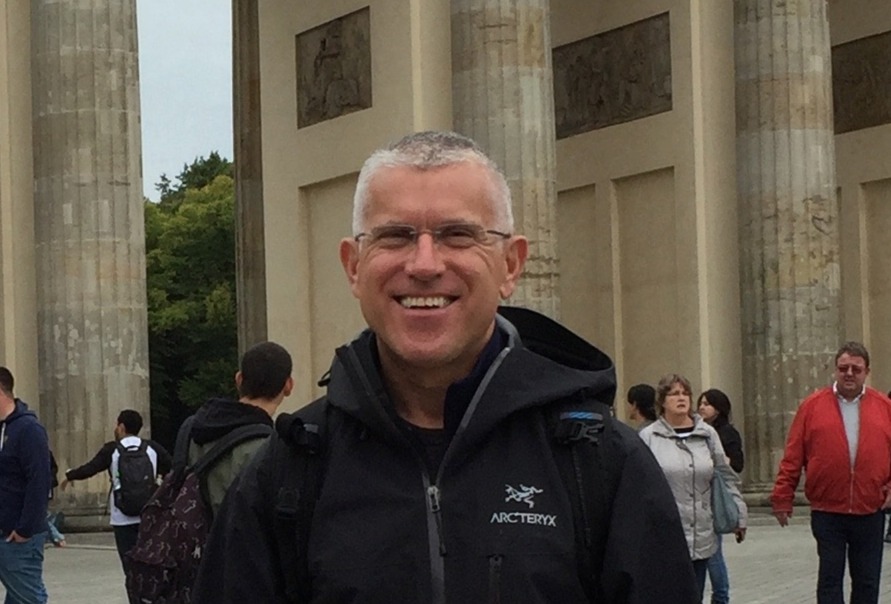 If you’re looking for a private tour in English, Jeremy Minsberg, aka Mr. Berlin, might just be your guy. Jeremy is an American Jew who has been enjoying the exciting Berlin life for over 17 years. TripAdvisor has given him the Certificate of Excellence 2017 and he’s received a score of 99% from hundreds of happy tourists. So what makes Mr. Berlin’s tours so great?

If you want to hear more about Jewish history or learn about architecture, he’ll make sure your topics of choice are covered. Jeremy’s tours are all in English but he does things like the locals do – you’ll explore the city using public transportation from the Underground and the S-Bahn to biking and walking, you’ll see Berlin from many angles and perspectives. Jeremy does his tours out of passion and his love of Berlin and all its amazing history, so he doesn’t offer set fees and instead encourages his guests to name their price. Tours usually last between half a day and a full day, depending on weather, interest, time, and sights on the agenda.

Some of Jeremy’s amazing tour options include:

Minsberg also offers a few tours that head out of Berlin proper. His Potsdam tour takes you to the neighboring state of Brandenburg, known for hosting the Prussian kings and Germain Kaiser. He also offers a tour of Sachsenhausen, a concentration camp about 45 minutes north of Berlin. If you don’t want to walk, there’s also an option to rent a limousine or private car for the tour – driver included. Lastly, Jeremy offers a Daytime Companion option where you can simply ‘hang out’ for the day exploring the city from Jeremy’s perspective.

One of the nicest features of Jeremy’s tours is that he donates a portion of his fees to a local charity. Minsberg supports cultural organizations, a Berlin Jewish educational center, and a Berlin school that helps HIV positive children integrate into mainstream society. So by going on a tour with The Berlin Expert, you are not only experiencing a unique and exciting side of Berlin, but contributing to the local community.