The Anne Frank House is a writer’s house and biographical museum dedicated to Jewish wartime diarist Anne Frank. The building is located on a canal called the Prinsengracht, close to the Westerkerk, in central Amsterdam in the Netherlands.

During World War II, Anne Frank hid from Nazi persecution with her family and four other people in hidden rooms at the rear of the 17th-century canal house, known as the Secret Annex. She did not survive the war but her wartime diary was published in 1947. Ten years later the Anne Frank Foundation was established to protect the property from developers who wanted to demolish the block.

The museum opened on 3 May 1960. It preserves the hiding place, has a permanent exhibition on the life and times of Anne Frank, and has an exhibition space about all forms of persecution and discrimination. In 2013 and 2014, the museum had 1.2 million visitors and was the 3rd most visited museum in the Netherlands, after the Rijksmuseum and Van Gogh Museum.

A special memorial is located on the east side of the graveyard, to the right of the Randegg memorial. Damaged Torah scrolls that became unusable during the Shoah, along with soaps made from human remains and human ashes from Auschwitz are buried here. Such memorials were erected in numerous Jewish cemeteries across Hungary. They symbolize the religious and personal
losses of the community and the damages in general. 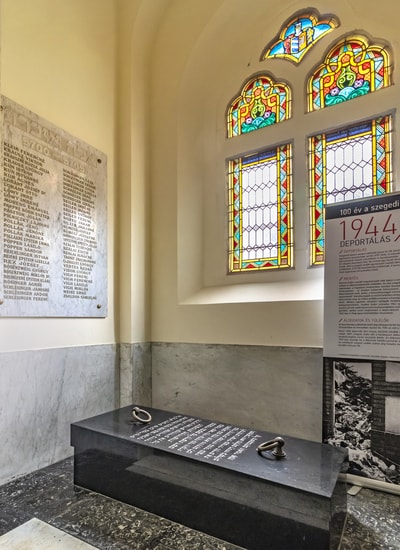 A short report appeared on the inauguration of the two symbolic memorial tombs of deported Jews in the local daily newspaper Délmagyarország on 23 September 1947: “There were almost 2000 Jews who were destroyed by fascist madness, who not even had a symbolic grave. They were symbolically buried in black marble coffins in the hall of the synagogue by the Jewish Community.” The memorial tombs can be found in the entrance hall of the New Synagogue 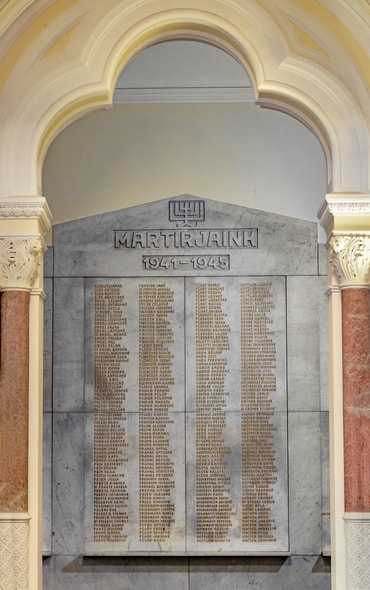 In the following years of the Soah, the most important issues were restarting the religious and community life by the surviving Jewish community members in Hungary. Nevertheless, special emphasis was put on individual and collective grief and remembrance, which were eased by different kinds of memorial events and soon erected monuments. The memorial can be found in the entrance hall of the New Synagogue 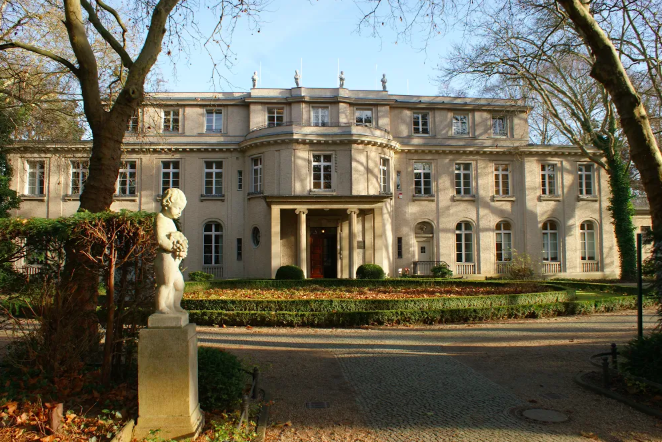 The House of Wannsee Conference (Gedenkstätte Haus der Wannseekonferenz) is located on the Wannsee River, on the outskirts of West Berlin. This historical landmark was built in 1915 for Ernst Marlier, a prominent businessman. He was arrested in 1940 for embezzlement and sold his property. During the Nazi era, the Wannsee House came to be used by the SS Security Service, the Nazi intelligence service. It was at the villa that SS officers planned the future of the Third Reich. After the war, the house was used as a residence, until the August Bebel Institute acquired the building in 1947. It was then used as a school and hostel for the Berlin Social Democratic Party, until 1988 when it became the memorial site it is today.

Auschwitz survivor, Joseph Wulf, is really to thank for the inauguration of the Wannsee House as a memorial site. Mr. Wulf published the first comprehensive collection of documents from the Nazi regime, and suggested creating a documenter center in the Marlier villa. Although Wulf had wide public support, the Berlin Senate was slow to accept his proposal. Sadly, Joseph Wulf did not see his vision realized, as the man committed suicide in 1974.